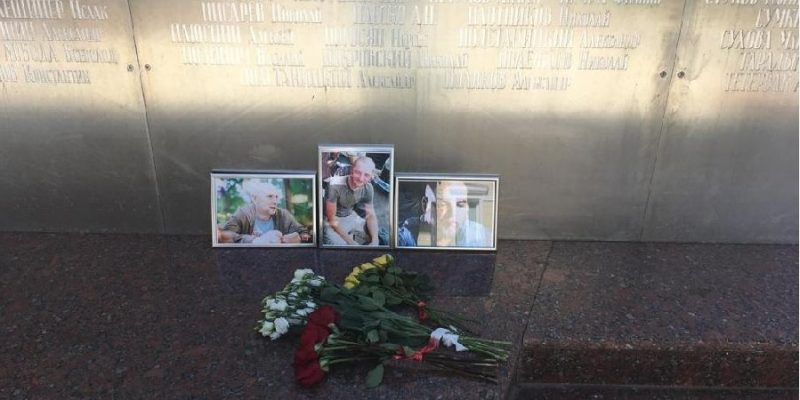 In response to the killings, which happened on 30 July, the IFJ demanded that the Central African authorities carry out a thorough investigation to bring the material and intellectual perpetrators of this crime to justice.

Kirill Radchenko, Alexander Rastorguyev and Orkhan Dzhemal, who worked for Russian online news organisation Investigation Control Center (TsUR), financed by exiled Russian businessman Mikhail Khodorkovsky, were assaulted by an unidentified group of armed men in an area near the village of Sibuti at around 10 PM, local authorities confirmed. The three reporters were slain on the spot while their driver survived the attack.

Media reported that: “According to the driver’s explanations, when they were 23 km from Sibut, armed men emerged from the bush and opened fire on the vehicle. The three journalists died instantly”.

According to TsUR, the three journalists arrived in the country on Friday and were working on a documentary about the activities of the Wagner Group, a paramilitary mercenary company. According to Reuters’ sources, this group has ties with Kremlin and carried out clandestine combat missions on its behalf in eastern Ukraine and Syria. Russian authorities deny this accusation.

However, there is no evidence yet that the killings were motivated by this documentary project. The assailants have not been identified but the journalists’ driver, who survived after fleeing, told the local authorities that the attackers did not speak in French or Sango, the two national language of CAR. Local law enforcement is cooperating now with the Russian embassy in the country to find out what happened. The IFJ will monitor closely the investigation to make sure that material and intellectual perpetrators of this crime are brought to justice and to put an end to journalist killings’ impunity.

EFJ Vice-President Nadezda Azhgikhina said: “Some Russian media presented this tragedy as a “routine” crime in an unstable country. It reminds the official coverage of many cases of violence against independent and critical journalists in Russia. The real problem is that journalists working in dangerous conditions are not protected in the right way. In response to the killings, the Russian chair of Council for Human Rights, Mikhail Fedotov, called Russian authorities to improve the media law regarding journalists operating in dangerous contexts. They need more protection! In my view, the three victims deserve to receive, posthumously, the Politkovskaya Journalism Award. I express the hope that this award will be granted to them on September 8th, on the occasion of the day for International Solidarity for Journalists”.