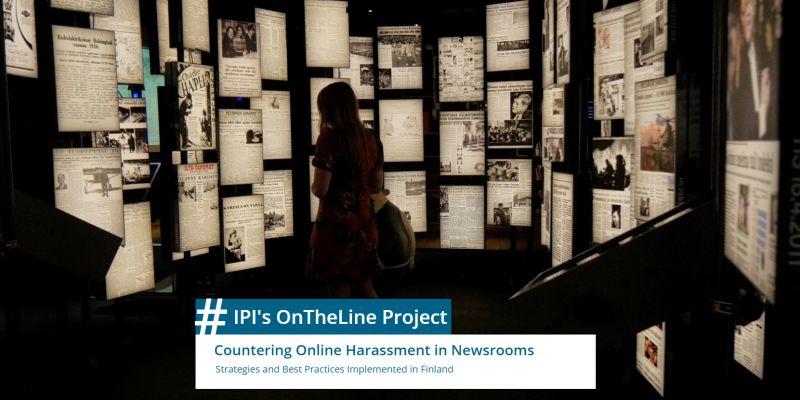 
One of six Finnish journalists have received some form of threats connected to their professional work, revealed a survey, conducted by the Union of Journalists of Finland (UJF) in 2016. Among them, topics focusing on issues related to immigration, asylum seeking and Russian interference prompt the most negative response and the highest number of attacks against journalists online.

The Finnish newsrooms developed a number of measures and protocols to address the rising issue of online harassment, which proved to be successful. One of the advanced steps has been implemented by the public broadcaster Yle by introducing community management, which is not yet common for most of the newsrooms in Finland. Yle employed an audience dialogue manager to administer and create a new kind of online discussion culture, which has now grown to a team of online communication specialists. The team works to engage with the audience on different social media channels in order to talk with the audience about the issues that drive online anger and about the ways in which journalism functions, the approach witch has led to a healthier environment for discussion.

If we don’t show that we are taking online harassment seriously, we are not carrying out our responsibility in democracy,

said Sami Koivisto, Head of Audience Dialogue at Yle, in an interview with the International Institute of Press (IPI). Koivisto continued saying, the journalists miss out a lot not listening and engaging with their audience, considering the rapid change in the media environment, the audience should be respected, but also it should be shown that some type of behaviour cannot be tolerated.

The IPI conducted a series of interviews with editors-in-chief, managing editors, web and social media editors, and staff and freelance journalists to better understand online harassment and how it is dealt with in Finland. The national daily newspaper Helsingin Sanomat, the evening newspaper Iltalehti, the national public broadcaster Yle, regional newspapers Maaseudun Tulevaisuus and Turun Sanomat, local city newspaper Turkulainen, and the regional Swedish-language minority newspaper Åbo Underrättelser were included in the research, as well as two focus groups were gathered for more insights: one for female journalists and one for freelancers with the Union of Journalists in Finland (UFJ).

The interviewees expressed their raising concerns on the normalization of hate speech in Finnish society. Journalists said, that “negative feedback was a part of the job, but the understanding of how much and how vicious such feedback should be accepted had become stretched”. Active online presence of journalists, assuming more public role as a part of changing journalistic culture is blurring the distinction between journalist’s professional and private life. Moreover, it influences the scale of comments and harassment on different platforms online. Thus, the online attacks become more directed to the journalists as a person and personal traits rather than professional work.

The interviewees also confirmed, that online violence, threats and aggressive comments had changed the way journalists approach their work. Several journalists admitted to be thinking more carefully about the wordings of stories and headlines, being more precise with facts and reconsidering the angle of articles. Many said “they tried to write in a way that does not leave space for interpretation or mistakes that could ignite a flood of comments, a process that slowed down the work”.

Among measures taken by the Finnish newsrooms to combat the hate speech, ensuring the effective support to journalists who are targets of harassment is important to mention. The journalists agreed, that the employers should have a firm stand with the journalist, public or private, however, should communicate it in a way that would not cause more harm.