Council of Europe: blocking online content is serious interference with freedom of expression 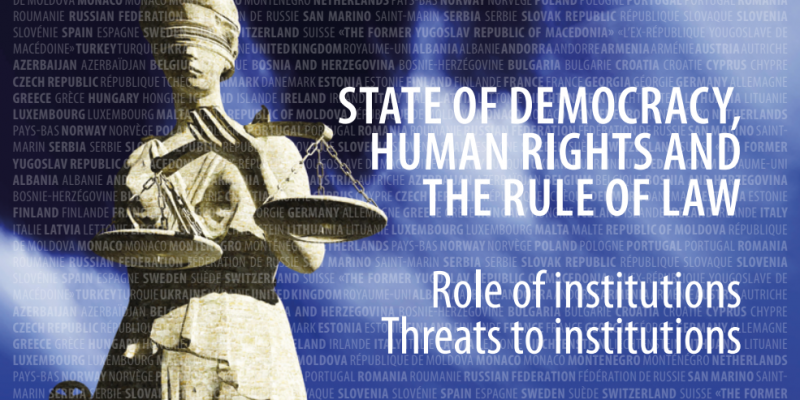 
Blocking of online content and social media, throttling of internet traffic and shutdowns of entire websites constitute the most serious interference with online expression, preventing information from reaching its intended audience, states the fifth annual report by the Secretary General of the Council of Europe, Thorbjørn Jagland.

The report analyses the state of democracy, human rights and the rule of law in Europe, based on the findings of the Council of Europe monitoring mechanisms and bodies. Among the main findings, the focus was drawn to the freedom of expression, especially concerning the troubling tendencies of intimidation and threats against journalists around Europe – five journalists were killed in the states of Council of Europe and 125 were reported to be in detention in 2017

An extensive comment by the Commissioner for Human Rights highlighted, that blocking of online content is a widespread measure among the Council of Europe countries. France, Poland, the Russian Federation and Ukraine have passed laws authorising administrative authorities to block online content without a court order, often as part of anti-terrorism measures. The decision raises concerns, as “after introducing the blocking mechanisms against harmful content, such as child sexual abuse material or racially motivated incitement to violence, there is a tendency to extend the measures to other types of content that the governments dislike”.

The necessity of adequate protection for whistleblowers, especially from any form of retaliation, was voiced in the report as an important tool for combating corruption and malfeasance. The whistleblowers, report states,

promote a culture that deters corruption, assist journalistic investigations, and help shed light on often secretive dealings that are notoriously difficult to expose.

Another concern shared in the report was a trend across Council of Europe member states to restrict the media’s ability to carry out its watchdog function. “The issues reported on the Platform to promote the protection of journalism and safety of journalists range from the immediate closure of media outlets by way of decree – to the possibility for a national parliament to put an end each year, without clear criteria, to the mandate of the director general of the public service media, or the requirement falling on foreign-funded media outlets to register as “foreign agents”. In the name of defending other legitimate values, such as the prevention of hate speech and disinformation online, some member states introduced legislative proposals which could encourage censorship and endanger freedom of expression through the lack of judicial control and ambiguous formulations of the law,” states the report.

Moreover, public service media experienced an increase in attacks and intimidation across Europe in the past year. Financial strains are especially affecting their independence, whether as a result of government policies or market forces.

The Council of Europe has equipped member states to take on many significant challenges in the past. Together, we can also address the challenges outlined in this report. That requires a recommitment to our shared values, reflected in the terms of the Convention and the judgments of the Court, including the defense of our institutions. Such a recommitment is in the interests of every European. It is our means to prevent the ghouls of the past returning to torment us, and a way to provide one another with the freedom and security we all deserve, said the Secretary General Thorbjørn Jagland.

EFJ/IFJ, together with other partner organisations, submitted 131 alerts in total to the Platform to promote the protection of journalism and safety of journalists in 2017.