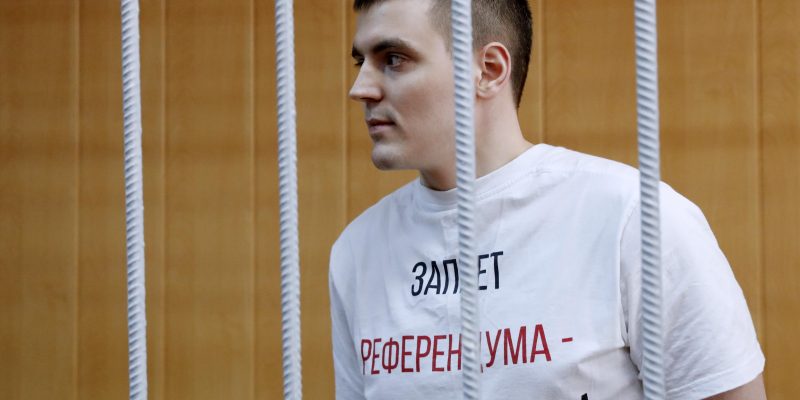 
Journalist Alexander Sokolov, an investigative reporter who was detained since July 2015 and sentenced to three and half years of jail in August 2017, has been released on August 28, 2018. Sokolov announced the release on his social media, saying, that he would not call it a release, because he will still be under restrictions of freedom by judicial authorities.

Sokolov was released after a number of appeals under an updated law redefining how time spent in pre-trial detention is deducted from jail terms.

The charges against journalist, filed in 2015, were based on his involvement in a group called For a Responsible Government which campaigns for a referendum on legislation making government officials more transparent and accountable. The journalist had created and administered the group’s website, according to news agency RBK. Prosecutors claimed For a Responsible Government was a cover for a militant left wing group called the People’s Will Army, which advocates for the violent overthrow of the government and was banned for extremism in 2010.

Journalist Sokolov maintained his innocence, stating the actual intent behind the prosecution was in retaliation with a report he published 2 weeks prior to the charges detailing alleged government embezzlement of 93 billion rubles from the Vostochny Cosmodrome project.