Hungary should be sanctioned for violating the Rule of Law, said the European Parliament 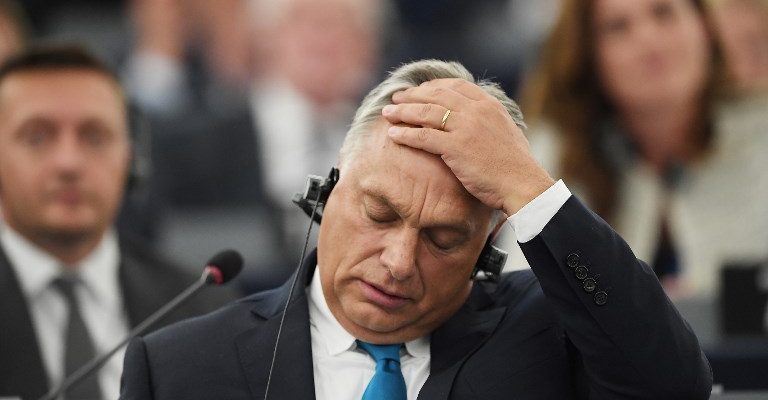 
For the first time, members of the European Parliament called on the European Union to sanction one of its Member States, Hungary, on Wednesday 12 September. The government led by Prime Minister Victor Orban was accused of silencing independent media, targeting NGOs and removing independent judges, among other violations of democracy and common European values.

The text adopted outlines in particular the bad state of freedom of expression in Hungary and the situation of Hungarian media since 2011, which has been constantly raising concerns on the issues of concentration and politicisation of media ownership; media law; self-censorship; denial of accreditation;  targeting of journalists; and the legal framework criminalising defamation.

The call to trigger Article 7 sanctions procedures was passed with 448 votes in favour, 197 against and 48 abstentions. If confirmed by the EU member states and the Council, the procedure might lead for the Hungarian government eventually loosing its rights to vote in EU institutions.

The Hungarian government has been raising international concerns after the forced closure of several independent media outlets. Suspension of the largest opposition newspaper, Népszabadság (People’s Freedom) in October 2016, marked the beginning of a crackdown against critical independent media in Hungary. Since then, due to restricted access to government’s funding through advertisement, several opposition media were forced to close or taken over, eventually making it impossible for the outlets to compete with loyal media. Political news daily Magyar Nemzet, owned by Lajos Simicska, was one of the media forced to close due to financial reasons. The leadership takeover of TV channel Hir TV, previously independent and critical towards the government, for more aligned coverage marked another blow to media pluralism in the country. Since the election in Spring 2018, a closed circle of businessmen, related to current Prime Minister Victor Orban, have been acquiring news media outlets, thus replacing foreign investors in the Hungarian media and distorting the media market, as EFJ reported last April.