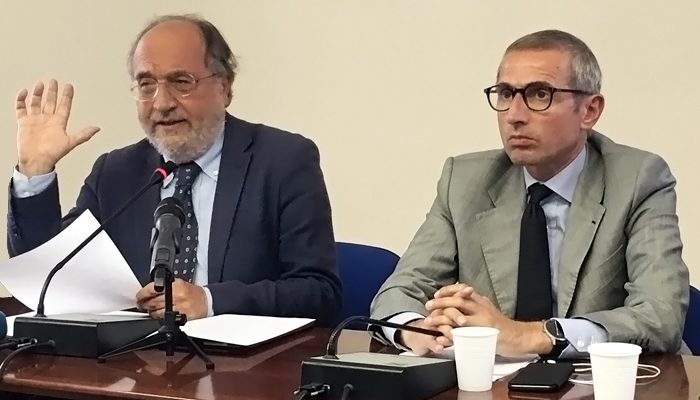 
Italian government threatens to cut indirect state funding to the press, accusing newspapers of “polluting the debate”. The International Federation of Journalists (IFJ) and the European Federation of Journalists (EFJ) join their affiliate the Federazione Nazionale Stampa Italiana (FNSI) in strongly condemning these threats and expressing serious concerns over the press situation in Italy.

The government’s announcement was made on 12 September and throughout last week by Luigi Di Maio, head of the populist Five Star Movement (M5S) and key figure in Italy’s government. On his Facebook account, the deputy prime minister threatened the press in a post saying that “The newspapers (..) are now polluting the public debate every day and the worst is that they are doing it with public money”.

Ahead of the meeting of the Italian cabinet of 16 September to discuss the 2019 budget, Di Maio warned over the weekend that they were “preparing a letter to state-owned companies to ask them to stop paying for newspapers” through advertising, which represents an important part of newspapers’ income. This decision, if confirmed, will threaten many newspapers’ survival and will deal an economic blow to the media industry.

The politician, who also denounced the adoption of EU Copyright Directive, and his party do not hide their anti-press feeling and shun speaking to journalists, preferring to communicate through social media.

This weekend, Di Maio’s declarations caused anger and triggered a strong backlash in the Italian press.

In a statement published on its website, our affiliate the FNSI declared: “The umpteenth edict of deputy prime minister Luigi Di Maio against the newspapers confirms the aversion of the government and the political forces that support it to the principles of representative democracy, of which freedom of expression and pluralism of information are essential pillars. Announcing the ban on state-owned companies to advertise in newspapers is not just a threat to those who try to inform citizens, fuel debate and the circulation of ideas, but provides the exact representation of the idea that the deputy prime minister and his associates have democracy.”

Anthony Bellanger, General Secretary of the IFJ, added: “If the Italian government executes their threat to cut state funding to the press, it would be both a terrible decision for media pluralism and an economic disaster for the Italian press. This could involve the death of many media titles, especially local ones. This political stranglehold highlights that Italy’s democracy is on a slippery slope. The IFJ recalls that journalism is the watchdog of democracy, not only in Italy yet in every place of the world.”