EFJ rejects the Platforms’ so-called “Code of Practice” on disinformation 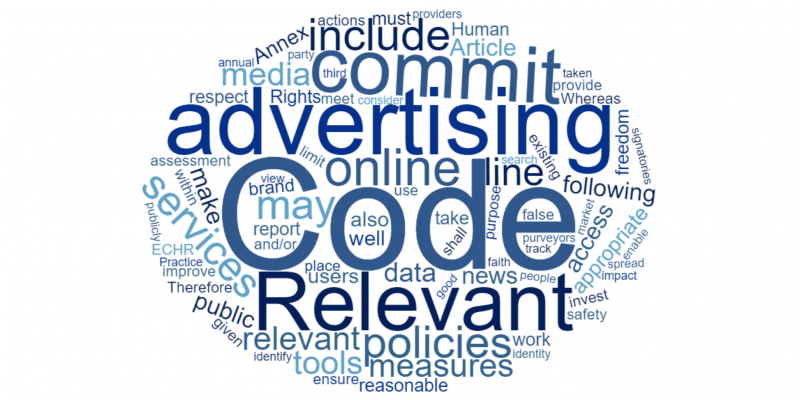 
Members of the Sounding Board of the EU Multistakeholder Forum [1] on Disinformation Online – which includes the EFJ – have delivered their final opinion on the new so-called ‘Code of Practice’ drafted by the online platforms (Google, Facebook, Twitter, Mozilla and several advertisement organisations).

The Sounding Board, comprised of representatives of the media, civil society, journalists, consumer organizations, fact-checkers and academia, thanked the Commission and Commissioner Mariya Gabriel for convening the Forum and for the opportunity to comment on the so-called ‘Code of Practice’ drawn up by the online platforms.

As demonstrated in the Sounding Board’s detailed and written feedback and comments, the so-called ‘Code of Practice’ regrettably contains no common approach, no meaningful commitments, no measurable objectives or key performance indicators (KPIs), no compliance or enforcement tools and hence no possibility to monitor the implementation process.

The Sounding Board considers that the Platforms, despite their best efforts, have not been able to deliver a Code of Practice within the accepted meaning of effective and accountable self-regulation [2].

The Sounding Board has proposed that the situation is regularly evaluated by independent fact-checkers and academic researchers for a test period in the run-up to the forthcoming European elections. Furthermore the Sounding Board has requested that the European Commission puts in place a process to assess whether or not the so-called code delivers against the goals as set out in Communication – Tackling Online Disinformation: a European Approach released on 26th April 2018.

The Sounding Board encourages the European Commission to closely monitor the situation and give its assessment in the first quarter of 2019.

[1] The Multistakeholder Forum on Disinformation comprises two different and autonomous groups. On the one hand, major online platforms ad exchanges and their trade associations, the advertisers and agencies’ associations and the European advertising self-regulatory body (“the Working Group”), and on the other hand representatives of the media, civil society, fact checkers and academia (“the Sounding Board”).

[2] The European Union considers self-regulation: “Self-regulation constitutes a type of voluntary initiative which enables economic operators, social partners, non-governmental organisations or associations to adopt common guidelines amongst themselves and for themselves. They are responsible for development, monitoring, compliance with and enforcement of those guidelines” (See AVMS D as adopted in CULT Committee, Recital 7a).