Killing of journalists: European politicians must take us seriously 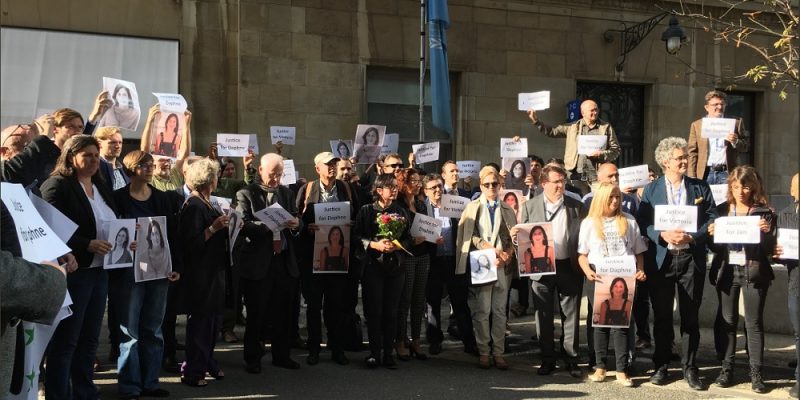 
Today, it is one year since journalist Daphne Caruana Galizia was killed in a car bomb for exposing corruption in Malta. Those who ordered the murder still enjoy impunity. Following the silent vigil held in her honour, in front of the Residence Palace in Brussels, the EFJ General Secretary Ricardo Gutiérrez demands concrete actions from political decision-makers:

In the past three years, 18 journalists, including Daphna Caruana Galizia, have been murdered in the EU Member States and in the EU candidate countries. If European policymakers really do not want to betray the memory of these killed journalists, we expect them to make concrete decisions, beyond the symbols. I ask First Vice-President Timmermans, commissioners Jourova and Gabriel, Malta’s prime minister Joseph Muscat and all Heads of Government in the EU to take our demands seriously.

#JusticeforDaphne silence vigil at Brussels to honour #DaphneCaruana and call for her murderer to be brought to justice pic.twitter.com/yeXIw0CxLr