Anna Del Freo: “It is time to get journalists unionised in Malta” 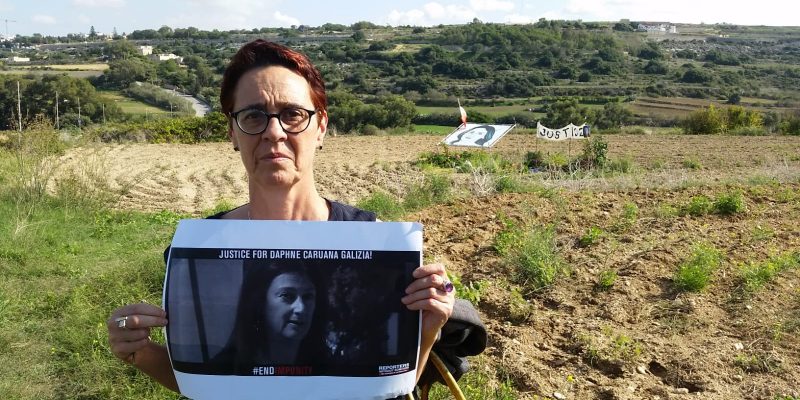 
From 15-17 October 2018, the European Federation of Journalists (EFJ) took part in an international freedom of expression mission to Malta, together with the Committee to Protect Journalists (CPJ), the European Centre for Press and Media Freedom (ECPMF), the International Press Institute (IPI), PEN International, and Reporters Without Borders (RSF). The mission took place exactly one year after the murder of investigative journalist Daphne Caruana Galizia, while the ongoing investigation is being questioned and journalists in the country are under pressure. The EFJ was represented by Steering Committee member and FNSI (Italian journalists’ union) deputy General Secretary Anna del Freo. She encouraged Maltese journalists to get organised in a union.

International observers are deeply concerned by Malta’s commitment to the rule of law, although the government is bound by the European Convention of Human rights and the Council of Europe’s obligations. The lack of progress in the investigation into Daphne Caruana Galizia’s murder is raising doubt as to whether the authorities are effectively working to bring the mastermind of the attack to justice. Findings showed the way Maltese government is handling the issue has an impact on the general climate for journalism, creating an unhealthy situation damaging public interest investigative reporting.

Another point of concern is the polarisation of the Maltese society, very much reflected in the media landscape. The government is financially supporting media outlets in line with the ruling party’s ideas. Maltese journalists declared constantly being challenged by government’s pressures and difficult access to information. In particular, journalists undertaking sensitive investigations too often work in marginalised positions and denounced a lack of media diversity within the country.

During a press conference, Anna del Freo emphasised the importance for journalists to get unionised:

“The EFJ is working to help Maltese journalists to get together and create a union to protect their rights. There is not such organisation in Malta for the moment. Its existence would help in making progresses in Daphne’s case as well as other journalists feeling isolated because of their sensitive work. However, Malta is only one example of the existing difficult situation in Europe for free press. Currently, over 150 journalists are in jail in Turkey.”

The delegation will soon publish a report including recommendations to the Maltese authorities. As a priority, the six organisations agreed about the urgency to ensure a full and comprehensive investigation into the murder of Daphne Caruana Galizia, as well as to establish a public inquiry into whether her assassination could have been prevented.