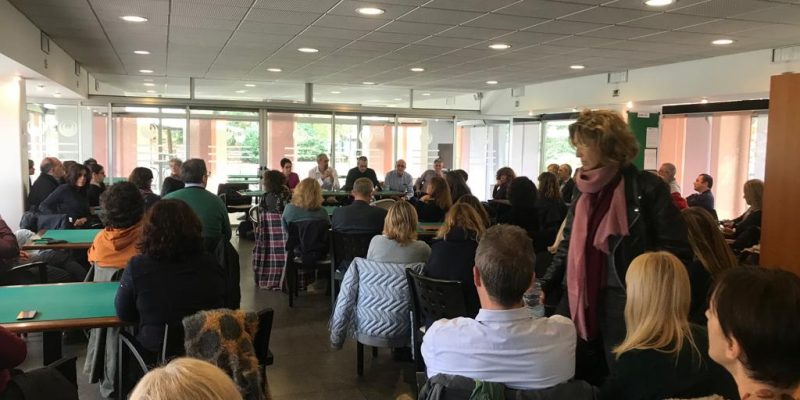 
The Steering Committee of the European Federation of Journalists (EFJ) today expressed solidarity with Italian journalists affected by the sale of the magazine “Panorama” by the big publishing company Mondadori. Anna del Freo, EFJ Steering Committee member and deputy General Secretary of the Federazione Nazionale Stampa Italiana (FNSI), was invited at the occasion of the trade union assembly to assist her colleagues, whose working conditions will seriously be deteriorated.

Mondadori’s recent decision to sell Panorama to La Verità will force the 24 journalists working for the magazine to accept the cut of their salary by 45%. This was their only choice – the alternative was the closure of the magazine by January 2019, and as a consequence the loss of their job. La Verità, the small publishing company that will own the magazine after 31 October, is led by journalist Maurzio Belpietro, a friend of Berlusconi family.

“The EFJ expresses its solidarity to the journalists working for Mondadori that will be on strike today and tomorrow against the decision to sell an Italian historic newspaper. The ‘offer’ setting the new working conditions is a blackmail against the Italian law on the transfer of business branch. It shows how Mondadori trample the normal and correct union carpets. Mondadori’s journalists had to meet for the first time with the FNSI leaders outside the company buildings, using their holidays hours because Mondadori denied them the space and the time to take part in the assembly. Unfortunately, Mondadori’s dispute is a sign of a deterioration in industrial relations underway in the Italian publishing arena, as the FNSI leaders have repeatedly denounced,” commented Anna del Freo.