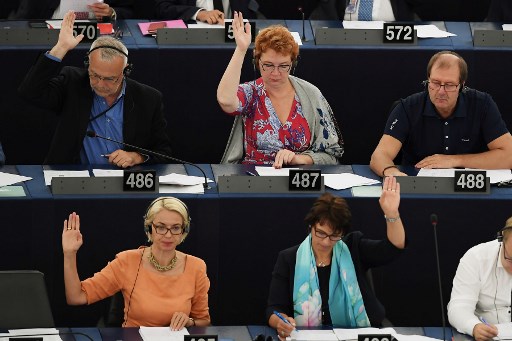 
UPDATE (15.11.18): the European Parliament voted in favour of the Directive on Transparent and Predictable Working Conditions. Find more information here.

The European Federation of Journalists (EFJ) has today called on Members of the European Parliament to support the draft Directive on Transparent and Predictable Working Conditions to protect the rights of precarious workers across Europe.

The EFJ believes that the draft Directive is a key step forward to the improvement of the general working conditions of freelance, atypical and precarious workers. It should deserve the support of MEPs. However, the chances that the text will be adopted are far from being certain.

If the vote on Thursday rejected the mandate of the European Parliament, the Directive will fall, damaging the credibility of the Social Pillar.

“This proposal is one of the key legislative measures under the European Pillar of Social Rights. It is a crucial piece of social legislation for Europe as it is setting out new EU rules to protect Europe’s most vulnerable workers, in particular those that do not have stable or permanent employment. It will set a threshold of decency for all workers regardless of their employment contract or number of hours worked,” stated Esther Lynch, ETUC Confederal Secretary.

“All workers, regardless of their employment status shall be entitled to the same rights and decent working conditions. This draft is trying to do just that and correct the legislative gap and injustice existing in the labour market,” said Ricardo Gutiérrez, EFJ General Secretary. “We cannot imagine some MEPs are trying to block this draft Directive.”

The TPWC Directive includes some pivotal achievements to improve freelance and non-traditional form of workers’ status, such as: