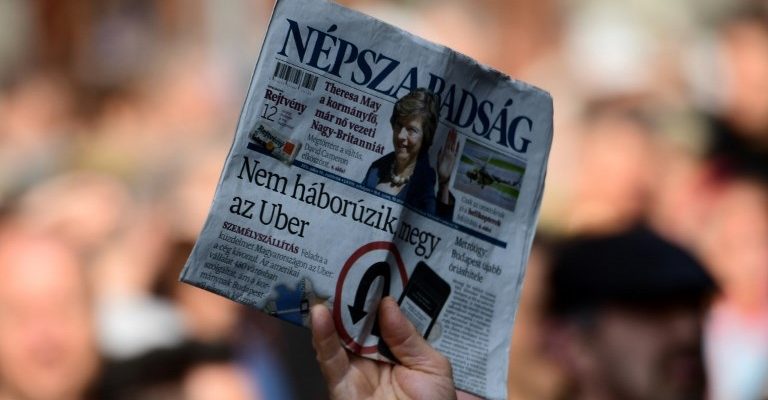 
The European and International Federations of Journalists (EFJ-IFJ) join their affiliates in Hungary, HPU and MUOSZ, in calling on Hungarian authorities to obstruct the formation of a huge media conglomerate that questions media pluralism.

The owners of a majority of Hungary’s pro-government media outlets said Wednesday they are donating their companies to a foundation, the “Central European Press and Media Foundation”. This new right-wing media conglomerate will include cable news channels, online news portals, tabloid and sports newspapers and all of Hungary’s county newspapers, several radio stations and numerous magazines.

According to media reports, most of the publications donated to the Foundation were acquired or founded by allies of Prime Minister Viktor Orban in the past few years. Some of them turned from relatively independent outlets into supporters of the government, with copious state and government advertising.

The Foundation’s media operations will be led by Gabor Liszkay, a newspaper publisher known for his loyalty to Viktor Orban.

On 28 November, the National Federation of Hungarian Journalists (MUOSZ) sent a letter to the Media Authority and the Competition Office in Hungary, in order to denounce the hegemonic position of the new conglomerate, in many areas of the press, including national commercial radio and county newspapers.

According to the EU Media Pluralism Monitor, issued a few days ago (before the announcement of the new conglomerate), “the Hungarian media environment poses high risks to media pluralism. While there are formal legal mechanisms in place protecting freedom of expression, media pluralism is declining due to government influence over the market. This has been primarily achieved through legal/regulatory changes and market pressure, as well as through direct and indirect government interference with media outlets and journalists. The private media sector is increasingly dominated by oligarchs with close government ties. In the past year, the right-wing media in Hungary has been reconfigured and expanded with new owners and outlets that actively promote the government line. The public service media was restructured following the passage of the media laws in 2010 and is heavily biased toward the government. In its current state, the public service media in Hungary dramatically reduces media pluralism and the diversity of news available to the public.”

EFJ and IFJ remind that EU Member States have the positive obligation to ensure media pluralism and an environment in which citizens can participate in public debate and express ideas and opinions without fear. EFJ and IFJ call on the European Commission, as guardian of the treaties, to treat attempts by Hungarian government to harm media freedom and pluralism as a serious and systemic abuse of power.