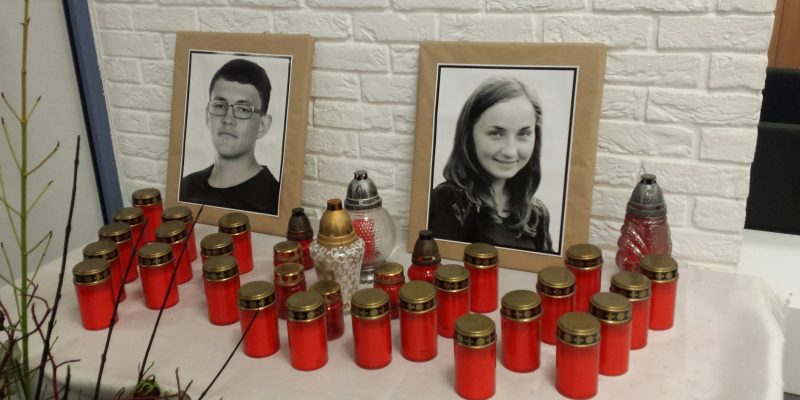 
On December 6, 2018, nine partner organizations and observers of the Council of Europe’s Platform for the Protection of Journalism and Safety of Journalists conducted a press freedom solidarity mission to Slovakia to press for full justice in the case of assassinated journalist Ján Kuciak and his fiancée, Martina Kušnírová, who were murdered on February 21, 2018.

The delegation asked for clarification from the authorities as to why an assessment was made that the threats which Ján Kuciak reported to the police prior to his assassination were not considered serious enough to warrant an investigation. The delegation stressed that unless systematic changes – at a legal and policy level – are introduced which ensure the safety of journalists and their sources, journalists in Slovakia will continue to be vulnerable. The delegation urged that current, internal discussions within the Ministry of Culture on legislation relating to the press should lead to measures that materially strengthen the legal framework for the protection of journalists.

The delegation also raised serious concern about recent remarks made by former Prime Minister Robert Fico in November 2018 in which he said in Slovak that journalists should be “hit… very hard.” Such anti-media rhetoric from those in high office is particularly alarming in the aftermath of the assassination of an investigative journalist, and partners regard such language from a leading politician as unacceptable. Of further concern was the forced confiscation by police on May 16, 2018 of the phone of Pavla Holcová, a Czech journalist who worked with Ján Kuciak.

The delegation also visited the office of Aktuality.sk to learn more about the climate for press freedom and the safety of journalists in Slovakia following Kuciak’s assassination. Peter Bárdy, editor of Aktuality, said that while prior to Kuciak’s assassination “investigative journalists felt invincible, now we are much more cautious.” Finally, the delegation laid tributes at the memorial for Kuciak and Kušnírová in central Bratislava.