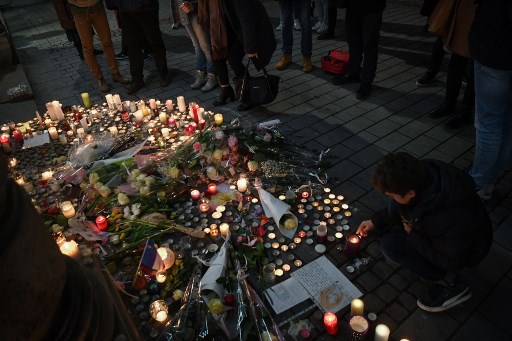 
On December 13, Antonio Megalizzi, an Italian journalist who had been seriously hurt at the head during the gun attack on the Christmas market in Strasbourg, died after being for few days in a coma. His conditions were partiicularly bad since the very first moment and when he arrived at the hospital it was clear that he was struggling between life and death.

Megalizzi, who was only 28 years old, went in Strasbourg as a voluntary journalist of Europhonica, a shared radio show aiming to give voice to independent student and university media interested in Europe. The show broadcasts from the European Parliament of Strasbourg, where the journalists was conducting an interview right before the attack. He was killed together with his Polish colleague Barto Pedro Orent-Niedzielski, after they tried to stop the killer from entering a bar during the assault. 13 people were wounded during the attack and 5 people were murdered.

The European Federation of Journalists (EFJ) expresses its solidarity with the family of the victims, firmly condemning this unjustified attack to the life of  journalists killed on duty. The European Commission’s press room held also a moment of silence Monday for Antonio Megalizzi and Bartek Orent-Niedzielski killed while reporting on what was supposed to be an ordinary plenary session in Strasbourg last week.

“I fell in love with the European Union, I am very, very focused and involved in things that are emerging and strongly pro-European,” said Megalizzi in his last radio interview.

The Italian president of the Republic Sergio Mattarella described this as “an unacceptable tragedy”and expressed his “profound sadness” for the death of the journalist. “I am particularly close to the pain of the family, the girlfriend and the friends of the young Italian reporter who is victim of the criminal hatred and of the fanaticism advocated by the self-styled ‘Islamic State'”, Mattarella added.

The Italian prime minister Giuseppe Conte has also expressed his solidarity with Megalizzi’s family and girlfriend. “This news saddens me a lot.  Antonio was passionate about Europe. A thought of great affection goes to his girlfriend and his family, he was a guy who seemed full of life in the tales I had been told. We should all unite in this feeling of pain for this serious loss”, he said.

His colleagues at Europhonica manifested their support to the family and friends on Twitter.

#EN We sadly have to confirm that our colleague Antonio has left us. Our thoughts go to the family and all Antonio’s friends and colleagues. We ask you to respect the sad moment.