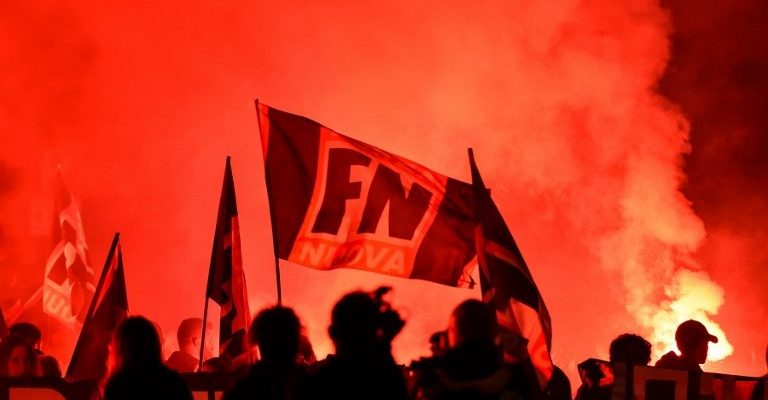 
On 7 January 2019, Federico Marconi and Paolo Marchetti, an Italian journalist and a photographer both working for the Italian weekly magazine Espresso, have been attacked by members of two neo-fascist groups, Avanguardia Nazionale and Forza Nuova. The two journalists were near the Verano monumental cemetery in Rome to cover the event organised by Avanguardia Nazionale in memory of the Acca Larentia killings, in 1978.

A group of neo-fascists approached Marchetti and took his camera’s memory card. Other militants then surrounded the journalist Federico Marconi and began to hit him with kicks and slaps. The boss of Forza Nuova together with a militant of Avanguardia Nazionale took the journalist’s mobile phone and the wallet to identify him. They deleted photos and videos of the day from his phone. All their personal belongings have not been returned to them until the arrival of the police. The European Federation of Journalists (EFJ) condemns the attack expressing concern for the increasing climate of violence and threats against journalists in the country.

Indeed, this is only another example of the dramatic situation of media freedom in Italy. The data published on the Platform of the Council of Europe for the Protection of Journalism shows a serious deterioration of the working conditions of journalists in the country. Italy is one of the countries with the highest number of alerts (13) in 2018.   Italy’s press freedom situation has deteriorated most seriously last year: the number of press freedom violations has more than tripled compared to 2017. No other European state has experienced such degradation. Since July 2017, the Italian authorities have not responded to any of the alerts posted on the Platform.

The majority of alerts recorded in the last year relate to events that occurred after the official installation of the populist government, on 1st June. The two Deputy Prime Ministers of this government, Luigi Di Maio and Matteo Salvini, express on social networks rhetoric particularly hostile to the media and journalists. Minister Salvini has threatened to abolish police protection for investigative journalist Roberto Saviano. Minister Di Maio insulted journalists and initiated a policy of abolition of public subsidies to the press that may threaten, in the long term, media pluralism in Italy.

Several journalists have been intimidated or even attacked by members of neo-fascist groups throughout 2018. The platform also recorded three cases of journalists facing death threats. According to the Italian Federation of Journalists’ Unions (FNSI), media professionals now face a new threat in the country: a constant risk of violence fueled by the hostile rhetoric of members of the government and ruling coalition parties.