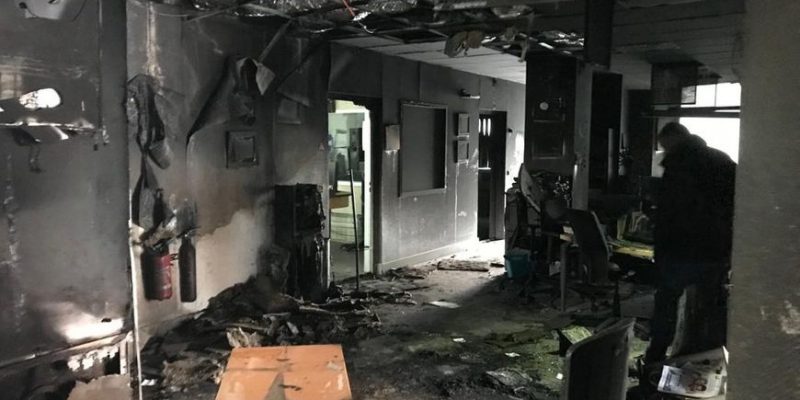 
UPDATE (30-01-2019) – French Anarchist blog has claimed arson on both Radio Bleu Isère and an Haute-Jarrie telecoms relay tower, last night, in a strategy of systemic attacks on French Media in the region.

Sunday night around 2:30 a.m., France Bleu Isère radio studios and offices were set on fire after arsonist(s) broke in. The police found enough evidence to immediately start a criminal investigation. The Editor-in-Chief of the French public regional station, Léopold Strajnic, told the police he had not received any threats prior to the attack.

In the current climate, the European Federation of Journalists (EFJ) vigorously condemns another attack on media freedom. According to the Mapping Media Freedom report, France is among the worst offenders’ list for its number of threats against journalists. Thanks to public services solidarity and the mini-studio built during the night at another regional public broadcaster France 3 Alpes, by Tuesday Morning at 6 a.m., Radio Bleu Isère resumed its programmes.