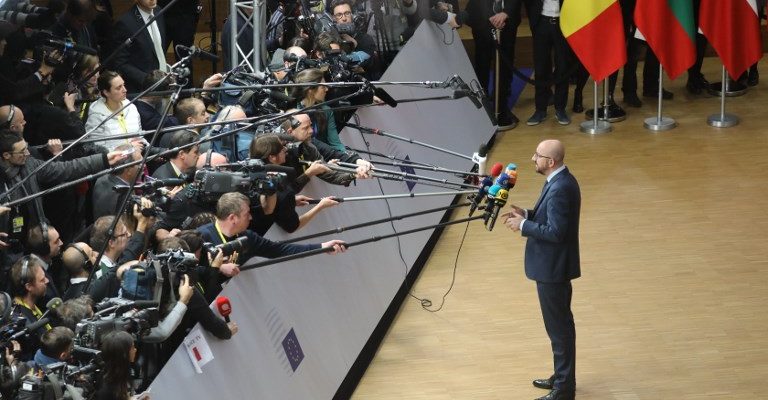 
The Belgian government passed a bill  or “Taxe Michel” forcing media workers (journalists and technicians), residing in Belgium or Belgian, to pay a mandatory €50 fee for the security screening document it delivers to authorize access to EU events. It debuted at last October’s EU Summit.

The Belgian Union of Journalists (AJP) opposed the law 6 months ago to no avail. About 1000 journalists, either Belgian or residing in Belgium, will be forced to pay the fee. Belgium has now started billing journalists or their employers and the European Federation of Journalist joins the AJP ‘s recommendation to refuse to pay. There is an argument to be made that paying to cover the EU hinders media freedom, a fundamental right in the European Union.