Ukraine: physical assaults against female journalists rise by 50% in 2018 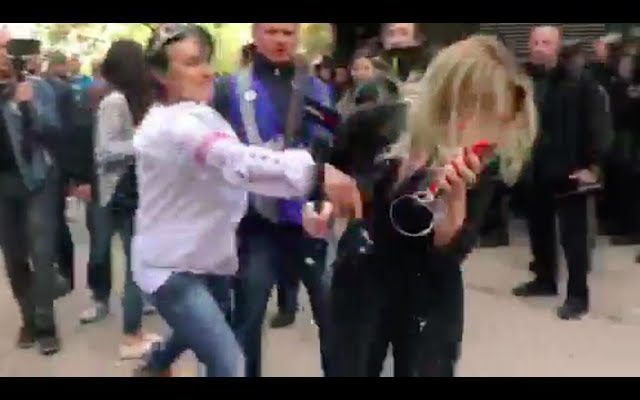 
The National Union of Journalists of Ukraine (NUJU) released its 2018 “Ukraine’s Journalists Physical Safety Index”. The situation has worsened for journalists since last year with 86 attacks in 2018, with a notable rise of attacks on female journalists, from 23 in 2017 to 37 in 2018.

It is best illustrated by what happened to Donbas war reporter Natalia Nagora. Working for the leading broadcaster “1+1“, she was attacked by the police while covering hostilities in Donbas on July 6, 2017. Nagorna witnessed and filmed police violence against her TV crew. She too was beaten up and verbally insulted. Then she was held at gunpoint by her aggressors who tried, and failed, to smash her phone. Provided with all the evidence in her possession, the police investigation was delayed and did not lead to anything because the law enforcement authorities said it had “lost” Nagorna ‘statement together with the video of the incident.

Nagorna also complained about the lack of transparency in the investigation given law enforcement officers were involved. The lead investigator did not find the time to meet with her nor did the case refer to her as a professional journalist working at the time of the attack. NUJU specifically requested a re-qualification of her characterization in her case. “I’m no longer working on this case; I’m not petitioning anyone; I ‘ve just lost faith,” confesses Natalia Nagorna.

NewsOne TV journalist, Daryna Bilera, was also the victim of an attack whilst broadcasting live during a protest at Ukraine’s General Prosecutor’s Office in September 2018. NewsOne is accused of pro-Russian bias by politicians, thus right-wing radicals shouted insults at her, calling her a “prostitute of the Kremlin”. Then the protestors threw ice and eggs to cut off her microphone and hit her on the ear. Despite the fact that her attackers have been identified, there hasn’t been much progress, only a preparatory court trial date has been set to March 7, 2019.

Attacks against female journalists have started to increase once offenders saw there were little risks because of the impunity granted to them. “Attackers know it’s harder for women to protect themselves, that they cannot cope with physical assaults. If my aggressors don’t get convicted, the number of incidents will dramatically rise. I haven’t shied away from extreme working conditions since it happened, but my editor refuses to let me cover protests for a month. The only thing that has changed is that I am now avoiding events with right-wing radicals because I understand the risks I’m taking”, says Daryna Bilera.

The NUJU reiterates its demand that the Ukrainian authorities sentence the attackers of media workers as well as the immediate opening of parliamentary hearings on journalists’ physical safety and freedom of speech in Ukraine. Although the Parliamentary Committee on Freedom of Speech has supported the idea of holding special hearings on journalists’ physical safety, strong opposition has come from the head of the Parliament who has been stalling a draft proposal for a vote for over a year. 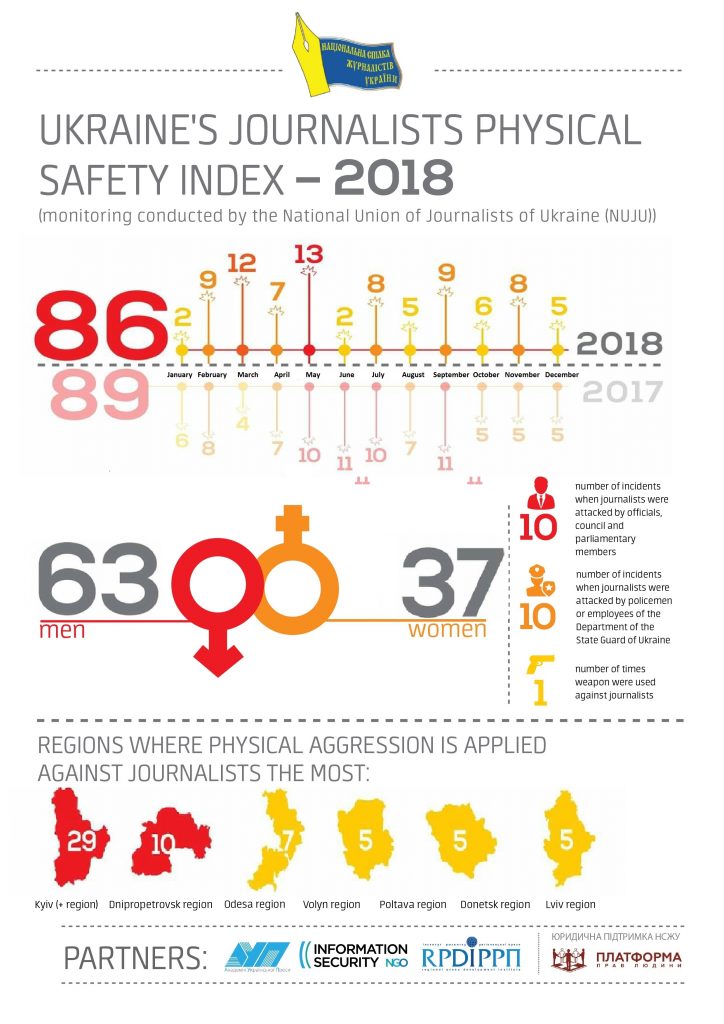