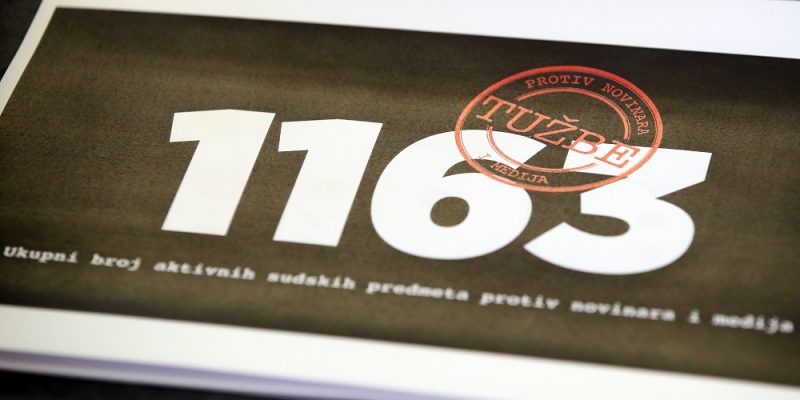 
Several hundred journalists rallied in Zagreb on Saturday to protest against a wave of lawsuits targeting the media. According to the Croatian Journalists’ Association (HND), an EFJ affiliate, which organized the march, politicians, public figures and corporations had filed over 1,100 lawsuits against journalists and news outlets. HND says these court cases are part of an attempt to censor the media and put pressure on journalists.

The protest was called after Croatian public broadcaster HRT itself filed 36 lawsuits against its own journalists and others, including HND head Hrvoje Zovko and HND branch in Public Service Media, who complained of censorship. Most of the court cases involve compensation claims for alleged nonmaterial damages such as “mental anguish” or “tarnished reputation.”

Prime Minister of Croatia Andrej Plenkovic said on Monday that EFJ General Secretary Ricardo Gutiérrez was not well informed about the situation of press freedom in the country. “Mr. Plenkovic claims we were manipulated! We don’t care about Mr. Plenkovic’s impressions and feelings,” reacted today the EFJ GS. “We ask him to answer the facts:

“We urge the Prime Minister to get to work: it is time for Croatia to take concrete steps to limit abusive prosecutions against journalists, and to ensure the full independence of public media. We do not expect feelings, but actions.”

.@HNDhr Conference on judicial intimidation of journalists in #Croatia:
here is our message to authorities… pic.twitter.com/Wolih4jsyA