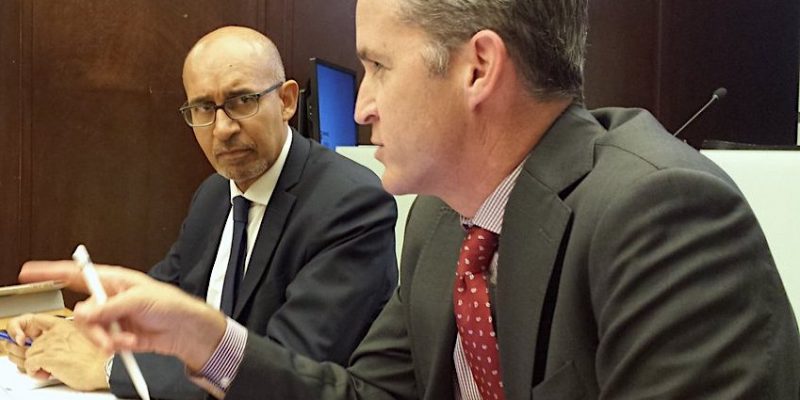 
In a letter sent on 5 March to the European institutions, the UN Special Rapporteur on the promotion and the protection of the right to freedom of opinion and expression, David Kaye, and the OSCE Representative on Freedom of the Media, Harlem Désir, raised concerns about three aspects of the draft directive on the protection of whistleblowers.

This letter is published as the negotiations between the European Parliament, the Council of the EU and the European Commission are in the final stretch. The last trilogue meeting will be on Monday 11 March.

This is the main point of discord between the European institutions and the EU Member States. What procedure whistleblowers should follow to be granted protection against retaliation? The draft directive indicates three reporting channels: internal within the company, external to an authority, and public including through the press. Persons reporting first internally as required would have to wait for a “reasonable timeframe” not exceeding three months to consider using an external channel.

In the letter, David Kaye and Harlem Désir affirm that such requirements “may deter them from reporting wrongdoing, contrary to the aims of the whistleblower protection mechanisms”. They go further by adding that a mandatory three-month period could enable obstruction of justice, where an organisation could improperly use it, whether by cover up or neglect to resolve it.

The draft directive states that whistleblower would only receive protection if they “had reasonable grounds to believe that the reporting or disclosure of such information was necessary for revealing breach pursuant to this directive”. According to David Kaye and Harlem Désir, this provision adds a layer of evaluation for the whistleblower, which is likely to undermine the public interest and the right to access information. Whistleblowers “cannot be expected to make an evaluation of necessity at the time of reporting”, they said.

“We fear that these provisions could not only lead to harming individual whistleblowers but also the public’s right, particularly through the media, to access knowledge about matters of public interest.”

The European Federation of Journalists (EFJ) shared the criticisms and concerns of the two media freedom watchdogs and urged the European institutions to come up with a directive respectful of the International standards on freedom of information and expression.