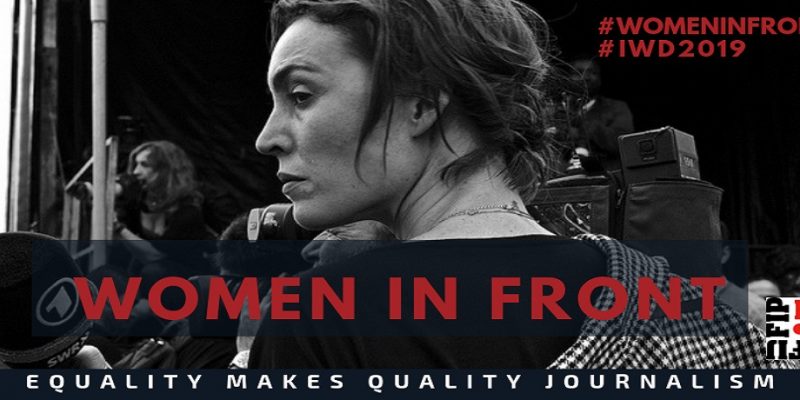 
Today, on International Women’s Day 2019, media and journalists’ organisations call upon all media leaders around the globe to stand up and protect the rights of female journalists, both staff and freelance.

Today, on International Women’s Day 2019, we want to call upon all media leaders around the globe to stand up and protect the rights of female journalists, both staff and freelance.

The facts shown by recent research are alarming.
Female journalists are systematically paid less in the media industry – in the UK alone female journalists earn 17.4% less than their male colleagues.

Almost a third of female journalists consider leaving the profession because of the threats, intimidation or attacks they endure, and these figures are even higher in fragile contexts and conflict zones.

More than a third of female journalists avoided reporting certain stories for the same reason.

Almost half of female journalists experience online abuse. Many of them indicate the abuse has led them to become less active or even inactive on social media, while it’s a crucial part of the job.

The voices of far too many female journalists are silenced, which leads to many untold stories. This has to stop. Media must hire a diverse workforce and adopt gender equality policies in order to stand by women journalists and to produce stories that are relevant to all groups in society: balanced representation in the newsroom is essential to effectively talk to everyone.

That is why today we ask you, as leader and role model for the whole organization, to:

The undersigned organisations stand ready to support in such efforts.

The EFJ also supports the IFJ #WomenInFront campaign calling for stronger female representation in the media and unions.