Trade Secrets: Changes in favour of journalists’ sources and whistleblowers in Germany 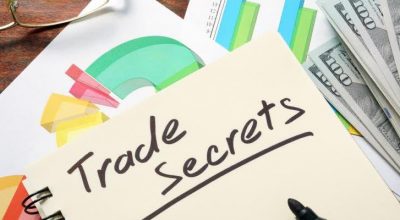 
The European Federation of Journalists (EFJ) together with its affiliates in Germany, German Union of Journalists (dju) in ver.di and  Deutscher Journalisten-Verband (DJV) welcome the fact that the Legal Committee of the German Parliament has approved substantial amendments to the draft law, which is intended to transpose the EU Directive on the Protection of Trade Secrets into national law.

“Reason has prevailed in the parliamentary process and given freedom of the press the status that the EU actually intended. This is a success that above all protects the work of investigative colleagues,” said Tina Groll, Federal Chairwoman of the dju in ver.di.

“I am pleased that the Legal Affairs Committee has taken into account the concerns expressed by the DJV,” says DJV Federal Chairman Frank Überall. “The rules should be adopted in this form.”

The decision in the Legal Affairs Committee was preceded by months of wrangling over whether journalistic work was generally exempt from the provisions of the law or whether journalists had to justify their work to the prosecution authorities. The Ministry of Justice wanted to weaken protection of journalists’ sources.

Germany has soon to transpose into national law the directive 2016/943/EU ‘on the protection of undisclosed know-how and business information (trade secrets) against their unlawful acquisition, use and disclosure’, adopted by the European Parliament and Council on 8 June 2016. The bill, which aims to protect the confidential information of companies, sets out the remedies that may be applied in the event of the unlawful exchange of business secrets.

The central weaknesses of the law were already identified at the December 2018 hearing of the Parliament Legal Committee: Journalists were not explicitly excluded from the regulations; the term “trade secret” was unclear;  whistleblowers may have to disclose their sources’.

The EFJ now calls on to the Bundestag to adopt the draft law.