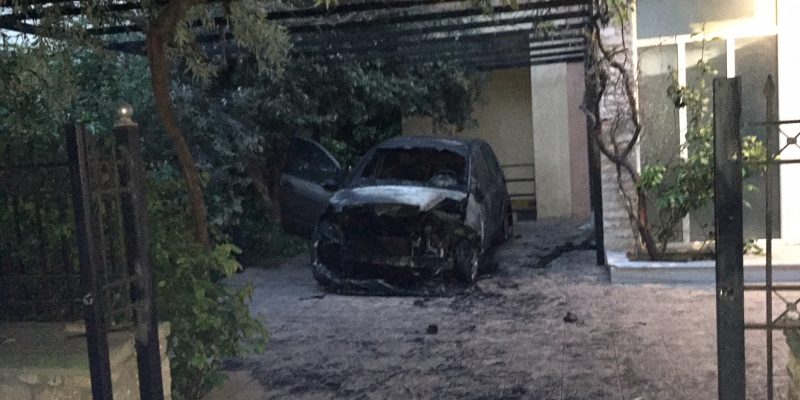 The car, parked in the Athens suburb Papagou outside Karamitrou’s home, was set on fire on 14 May 2019 at about 2:30 a.m. by a flammable liquid. According to local news reports nobody was injured. Karamitrou is a well known police reporter for CNN’s Greek edition. According to the Greek news website Skai, the police has opened an investigation on the case. Up to now, the assailants remain unknown.

CNN Greece called the incident “an attack on the entire journalistic world.”

JUADN expressed its concerns over the attack on one of its member: “We call upon authorities to do their work and expose as soon as possible the perpetrators.”

“We are utterly shocked about such a brutal act of intimidation against a female journalist outside Athens.” said the EFJ director, Renate Schroeder.

IFJ General Secretary Anthony Bellanger condemned a “deliberate attack against freedom of speech and Mina Karamitrou’s work as a journalist  that must be investigated immediately”.