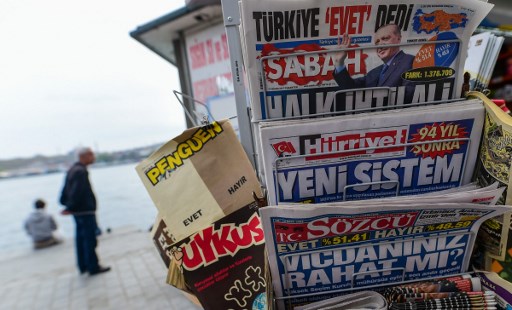 
The European Federation of Journalists (EFJ) along with other 19 press freedom and freedom of expression organizations sent a joint letter on 16 May to Turkish President Recep Tayyip Erdoğan, calling for justice following the recent physical attacks against two journalists, Yavuz Selim Demirağ and İdris Özyol. The letter urges the government to publicly denounce these acts of violence and ensure journalist safety in the run-up to the mayoral elections in Istanbul set for 23 June 2019.

We are writing to you to express our serious concern over the brutal attacks on journalists in Turkey during the past five days.

On May 10, journalist Yavuz Selim Demirağ, regular contributor for the opposition newspaper Yeniçağ, was attacked outside his home in Ankara. The assailants beat the journalist with baseball bats as he was returning home after airing his evening television program on Türkiyem TV. Authorities detained six alleged perpetrators, who were released twenty-four hours later reportedly on the grounds that there was no perceived threat to the journalist’s life.

This attack was followed on May 15 by another incident, in which investigative journalist İdris Özyol was reportedly attacked outside Yeni Yüzyıl newspaper’s building in Antalya, southwest Turkey. Özyol was hospitalized with injuries to his head and chest. The Progressive Union of Journalists issued a statement linking the attack on Özyol to public threats against journalists made by the Nationalist Movement Party (MHP) Regional Chair Talu Bilgili.

As representatives of the undersigned organisations dedicated to the promotion of freedom of expression, press freedom and the free flow of information, we would like to request Your Excellency to condemn these attacks in the strongest possible terms and call for the police and justice system to ensure that the perpetrators of these attacks are brought to justice.

As Turkey is preparing for a much-contested re-run of Istanbul’s mayoral elections, the coming weeks will represent an important test for the country’s democracy, already greatly challenged by the imprisonment of journalists across the country and the restrictions imposed on the country’s news media, which greatly limit journalists’ ability to report freely on issues of public interest. We sincerely hope that, in the coming weeks ahead of the June 23 elections, journalists across the country will be able to disseminate news and information without fear of retaliation. The fairness and credibility of the upcoming elections will greatly depend on voters’ ability to access diverse sources of news and so take an informed decision when casting their ballots. Attacks like those against Demirağ and Özyol, if left unpunished, will have a serious chilling effect on the country’s journalists and further strengthen a climate of fear, which seriously hinders Turkey’s credibility as a democracy.

With this in mind, we urge you to openly condemn these violent attacks against Demirağ and Özyol, ensure that the perpetrators are brought to justice and so send a clear signal that journalists in Turkey will be free to express their opinions and deliver independent news to the people both in the run-up to the June 23 mayoral elections and beyond.