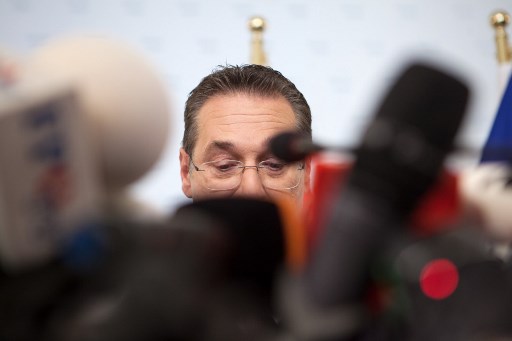 The European Federation of Journalists joins its affiliate in Austria, the Journalists’ Union in the GPA-djp, to urge politicians – not only in Austria but throughout Europe – to keep hands off from the media.

On 17 May, the German publications Der Spiegel and Süddeutsche Zeitung published a video that shows by now former Vice-Chancellor of the Republic of Austria, Heinz-Christian Strache, the FPÖ leader, and his parliamentary leader, Johann Gudenus, talking to a woman – purporting to be the niece of a Russian oligarch – about how she could invest in Austria. During the  meeting  in Ibiza, the woman says she is interested in gaining control of the country’s largest-circulation tabloid, the Kronen Zeitung, to which Strache replies that after staff changes at the paper, it could help the far-right Freedom party (FPÖ) in its election campaign.

The basic attitude towards independence from the media has become apparent with the expressed intention to instrumentalise the media and journalists under the control of politics.

“The publication of the video was a democratic duty and shows once again the vital role of  journalism” said Mogens Blicher Bjerregard, EFJ President. The unveiling of the content of the so-called Ibiza videos has led to the resignation of Hans-Christian Strache from the office of Vice-Chancellor and Chairman of the Freedom Party of Austria (FPÖ). “We hope that the content of this video, which was professionally checked by Der Spiegel and Süddeutsche Zeitung, is an eye opener for many voters for the upcoming EU election on 26 May. Press freedom matters!” added Blicher Bjerregard.

“The conclusion to be drawn by politicians can only be as follows: Hands off the media! We must do everything we can to ensure that the independence of journalistic work is safeguarded more strongly,” says Eike-Clemens Kullmann, Chairman of the Journalists’ Union in the GPA-djp. What we need is a Freedom of Information Act, full disclosure of and clear rules for advertising and PR co-operations involving public money”.