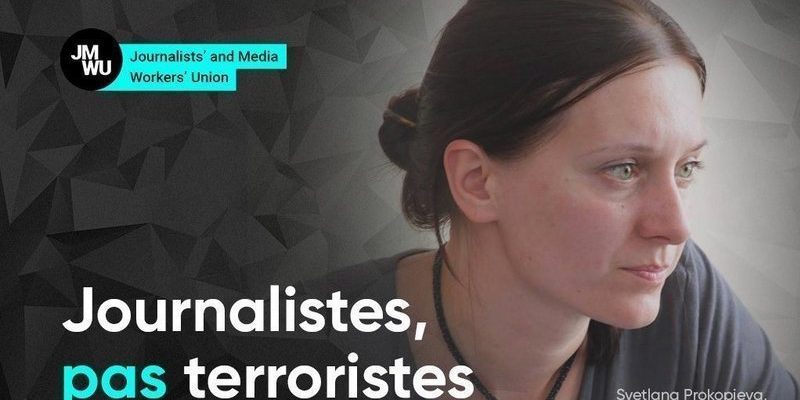 
Russian authorities added journalist Svetlana Prokopieva on the official list of “terrorists and extremists”, on 4 July 2019. As a result, Prokopieva had all her bank accounts frozen and was placed under house arrest. The European Federation of Journalists (EFJ) condemned the Russian authorities’ decision and denounced harassment and intimidation actions against the journalist.

Svetlana Prokopieva is a journalist based in the northwestern city of Pskov and working for the local branch of the independent Moscow-based radio station Ekho Moskvy, In November 2018, she was suspected of “justifying terrorism” following a radio commentary, in which she was questioning Russia’s repressive policy as a 17-year old anarchist blew himself up outside the entrance to the Federal Security Service (FSB) in the city of Arkhangelsk the week before. “A young citizen who has only seen prohibitions and punishments from the government in his life has not been able to invent any other means of communication. Cruelty breeds cruelty. The ruthless state has created a citizen whose only argument is death”, she commented.

In February 2019, law enforcement officers had searched Prokopieva’s apartment and seized her computers, phones and files. The courts in Pskov also fined Radio Echo Moscow and the Pskov Newsfeed media outlet for broadcasting her comments.

Svetlana Prokopieva will be put on trial in September 2019 and will face up to 7 years jail time. The Journalists’ and Media Workers’ Union (JMWU) launched a petition in support of the journalist.

The EFJ is calling on the Russian authorities to drop the charges against Svetlana Prokopieva and to stop using terrorism legislation to silence journalists. Blocking bank accounts is a totally disproportionate and extreme measure that goes against the freedom of expression.

I’m concerned by decision of Federal Financial Monitoring Service in #Russia to include journalist #SvetlanaProkopyeva in “list of terrorists & extremists.” She shouldn’t be labelled as terrorist for her views on a terror attack. This’ll seriously implicate her daily life & work.