The EFJ-IFJ call for acquittal of Özgür Gündem guest editors 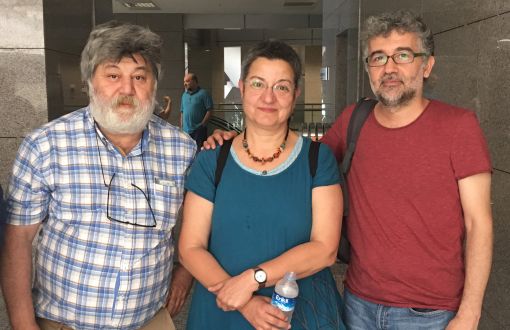 Update 17.07.2019: All charges against Erol Önderoğlu, Şebnem Korur Financı and Ahmet Nesin have been dropped by the 13th High Criminal Court in Istanbul on 17 July.

The European and International Federations of Journalists (EFJ-IFJ) call on the Turkish court to acquit journalist Erol Önderoğlu, facing 14 years and six months in jail over “terror propaganda”. Erol Önderoğlu was charged because of his participation in 2016 as temporary editor-in-chief to the production of Özgür Gündem daily newspaper as part of the Editors in Chief on Watch campaign. The verdict is expected on 17 July.

The Editors in Chief on Watch was a solidarity action organised from May to August 2016 by the now-closed Özgür Gündem newspaper, a pro-Kurdish publication subjected to multiple investigations and lawsuits. Önderoğlu was one of the 56 prominent journalists and activists who acted as ‘editor for the day’ and published three articles in the daily on 18 May 2016. The campaign was intended to draw attention to the Turkish authorities’ long-standing attempts to put pressure on the publication and its journalists.

Reporters Without Borders representative in Turkey is being tried alongside Şebnem Korur Financı (President of Turkey Human Rights Foundation) and Ahmet Nesin (journalist and author). During the previous hearing, the prosecutor requested the imprisonment of the three editors-in-chief on charges of “inciting the committing of crimes,” “praising crime and criminals” and “conducting propaganda for a terrorist organisation”.

“No progress has been made all through the trial process. All in all, we have given two and a half years of our lives to an indictment hastily prepared in one day,” Erol Önderoğlu said back in April in his defense speech.

Two weeks ago, Erol Önderoğlu has been charged with “terrorist propaganda” for supporting the 2016 civil disobedience campaign Academics For Peace.

The EFJ, together with its affiliates and press freedom organisations, has been denouncing the ongoing detention and prosecution of journalists in Turkey as an autocratic attempt to silence all dissenting voices.

“We reiterate our solidarity to our colleagues, Erol, Sebnem and Ahmet, and call again for their full acquittal. There is no evidence for the accusation against them. We will keep fighting to end judicial harrassment and persecution against Turkish journalists and activists. They should know that we will not give up,” said EFJ President Mogens Blicher Bjerregard.