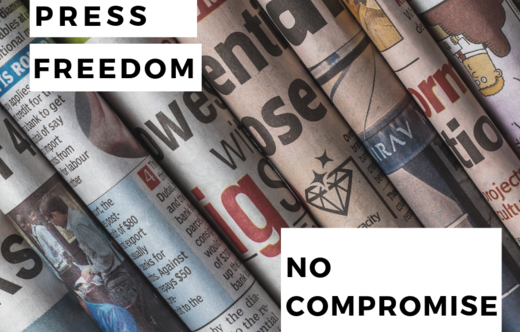 Bulgaria will elect a new Prosecutor General this autumn and a series of statements made by public officials against the press have raised journalists’ concerns about the process. The IFJ/EFJ join its affiliate the Union of Bulgarian Journalist (UBJ) in calling for better protection of the rights of journalists and the media.

A new Attorney General will be elected in Bulgaria on 24th October. The only person nominated as a candidate for the position is the current Deputy Prosecutor General Ivan Geshev who has expressed his opposition to the separation of powers in Bulgaria.

UBJ reports that Geshev has repeatedly been the focus of public and media attention for his past activities and has been criticized by most of them for his actions and statements on high-profile cases.

Following media criticisms over his candidacy, Geshev personally reacted sharply on 5th August by announcing that “personal attacks” would be answered “by all means provided by law”.

The Supreme Judicial Council prosecutors board issued a statement on 7th August asking the media to conduct the public debate on the election of a new Chief Prosecutor “in good faith” and with more “tolerance and responsibility”.

Bulgarian media understand these statements as threats against the press, reports UBJ.

In a statement published on 8th August, the UBJ managing board said: “A very disturbing signal for the  democratic development is that prosecutors thwart the freedom of expression by directing the media how they should report on events and by instilling in the audience a lack of tolerance and accountability in journalistic work. It is totally unacceptable for them to take such an approach and attitude towards critical journalism, especially by some professional circles and individuals whose duty is to be  “watch dogs”  of the freedom of expression, defending civil rights and freedoms.”

The UBJ submitted legislative proposals to enhance media freedom to the national parliament which are available here.