Media Pluralism has become a priority for the European Commission 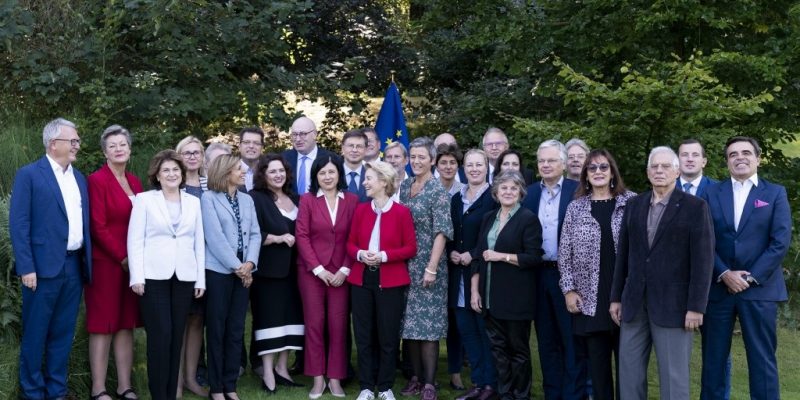 
Together with the European Trade Union Confederation (ETUC), the European Federation of Journalists (EFJ) believes that the distribution of European Commission portfolios is a hopeful sign that the European Union can deliver social progress over the next five years. The EFJ particularly welcomes the fact that media pluralism is mentioned as one of the EU Commission’s priorities.

As the ETUC has stated, Commissioners Nicolas Schmidt (Luxembourg) and Paolo Gentiloni (Italy), proposed for the jobs and economy portfolios, were both strong supporters of the European Pillar of Social Rights. ETUC and EFJ hope Schmidt will fully implement the social pillar, and that Gentiloni will ensure economic policy supports workers’ rights.

The EFJ welcomes the fact that Commissioner-designate Margrethe Vestager (Denmark), Executive Vice President of the EU Commission, has been asked to “coordinate the work on digital taxation to find a consensus at international level by the end of 2020 or to propose a fair European tax,” together with Commissioner Gentiloni.

The EFJ also welcomes working again with Commissioner Věra Jourová (Czech Republic), Vice-President-designate for Values and Transparency. The EFJ is pleased that media pluralism is mentioned as one of her top priorities in the mission letter sent to her by Mrs von der Leyen: “Media pluralism is an essential part of our democratic system. You should make use of the Media Pluralism Monitor to identify risks to plurality in the media sector, and should propose cross-border projects to support independent and diverse journalistic activities.” Věra Jourová will also focus “on countering disinformation and fake information, while preserving freedom of expression, freedom of the press and media pluralism.”

It should be recalled that the findings of the EU Media Pluralism Monitor (MPM) show either general stagnation or deterioration in Europe:

The MPM has shown the disastrous state of media pluralism in EU candidate countries (Turkey, Serbia, Montenegro, North Macedonia). It has also demonstrated the serious consequences of the lack of media pluralism in several EU Member States, in particular in Hungary. The MPM depicts “an alarming situation for journalists and other media actors in most of the countries assessed, including Greece, Hungary, Italy, Malta, Romania and Turkey: the working conditions of journalists have deteriorated, and journalists are facing all kinds of threats (physical, online and other) that are directed at them by citizens, politicians and organised crime. (…)  Several Member States may be neglecting their obligations, according to the standards on the safety of journalists from the Council of Europe, imposing on states the positive obligation of guaranteeing an enabling environment for journalists to permit them to carry out their job without fear.”

“We call on Commissioner Jourová to sanction EU member states that fail to fulfill their obligations in order to ensure citizens’ access to free and independent information,” said Ricardo Gutiérrez, EFJ General Secretary. “Together with our colleagues from ETUC, we will look carefully at how von der Leyen’s guidance to commissioners will be turned into positive actions. It is high time for the Commission to deliver social progress and a just transition to a green economy and a fairer society.”