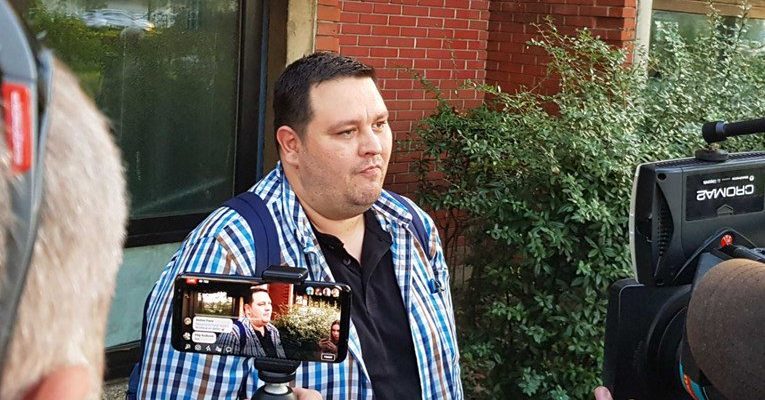 Gordan Duhacek, a reporter for Index.hr, was arrested by Zagreb police at the airport when he was about to take a business flight on 16 September. Duhacek was eventually released and found guilty of insulting the police in one post on his Twitter feed, was charged with a symbolic fine of 100 euros, and has been prosecuted for another tweet under the base of an article of the Law on Offences against Public Order and Peace. The verdict of this last post would be delivered on Thursday.

The journalist denounces that he was sprayed with tear gas on the floor and that he was told in a police car that this was happening to him because he was resisting the system. Duhacek wrote on Twitter in 2018: “Not everyone will resist the system. ACAB!” (All Cops Are Bastards), in which he commented on an incident of excessive police violence at a Zadar night club.

The second tweet was a satirical cover of the Croatian patriotic song “Vilo Velebit”, in which he refers to faeces spilling into the Adriatic, one of the country’s main tourist attractions and best known natural parks.

The Croatian Journalists’ Association (CJA/HND) strongly condemned this case and warned about the danger of this kind of detentions and pressure to journalists in Croatia.

The Commissioner for Human Rights in the Council of Europe, Dunja Mijatovic, denounced the arrest of the Croatian journalists publicly:

The arrest and fine of Croatian journalist Gordan Duhacek @Prajdizan for his posts on Twitter amount to pure intimidation of the press. I call on #Croatia’s authorities to protect media freedom and avoid undue pressure on journalists

The OSCE Representative on Freedom of the Media, Harlem Désir, expressed his concern too about Duhacek’s detention and its consequences in an official statement:

Such treatment of journalists for their views is unacceptable. Freedom of expression is a fundamental human right and should be respected as such. Punishing journalists for sharing comments on social media hinders their right to express their free opinion and encourages self-censorship to the detriment of media freedom in the country,

The EFJ submitted an alert to the Council of Europe Platform for the Protection of Journalism.