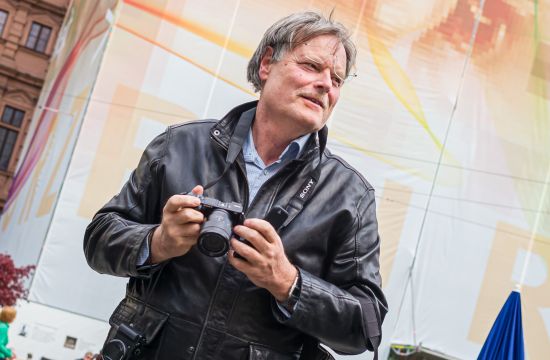 
Sadness and dismay prevail in the European Federation of Journalists (EFJ) today after the sudden death of the chair of the EFJ’s Labour Expert Group, Rainer Reichert, in Brussels.

“For decades, he has rendered outstanding services to journalism in both Germany and Europe,” said EFJ President, Mogens Blicher Bjerregård, paying tribute to the deceased.

“Rainer was so committed to fighting for better working conditions of journalists throughout Europe. With his legal expertise and knowledge of many languages, he always volunteered to help improve the interests of journalists, be it in the Balkans, in Italy or anywhere in Europe. His death leaves a painful gap,” Blicher Bjerregård said. Just prior to the Labour Rights Expert Group meeting on 23 September, he died on his way to the EFJ meeting in Brussels at the age of 68.

Reichert wrote for the local newspaper in Würzburg at an early age, while still at school, and never interrupted this journalistic work during his law studies. He worked as a journalist for more than 50 years and spent a lot of his free time to support the work of the EFJ.

“We will miss Rainer and remember always the great legacy of committed trade unionism he left behind,” said the EFJ.