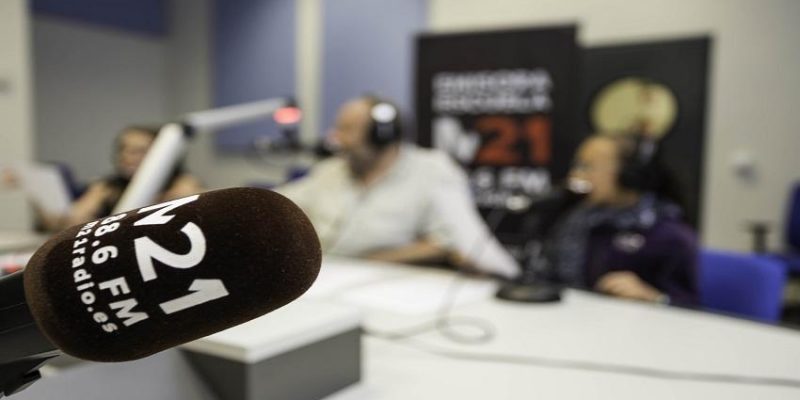 On 29 September, the Madrid radio M21 stopped airing its programmes following a decision from the newly elected city council of Madrid, leaving the thirteen media workers in an uncertain situation. The European Federation of Journalists (EFJ) joined its affiliates in Spain Federación de Asociaciones de Periodistas (FAPE) and Federación de Sindicatos de Periodistas (FeSP) in expressing solidarity with M21’s staff. They are calling on the new Mayor and the city council of Madrid to reconsider their decision.

Madrid’s Mayor, José Luis Martínez-Almeida had been accusing repeatedly the radio to be the former mayor mouthpiece, renaming the station ‘Radio Carmena’ in her name. The journalists denied these accusations. The city council has given the high costs and the low audience as the reason for closing the radio, omitting to mention its social and cultural role.

In a tweet, the ruling party in Madrid’s city council welcomed the ending of the local radio station and announced it will remain a place for training: “Today Radio Carmena says goodbye forever. In the face of wastefulness and sectarianism, Almeida wants to turn the local radio into a platform where students will be able to practice”.

Marta Sánchez, General Secretary of FeSP’s affiliate Sindicato de Periodistas de Madrid, denounced the situation of the journalists and media workers, who didn’t receive any clear information about their contract, as they depend on a company linked to the Madrid City Council, Madrid Destino:

They are scared and awaiting news. Some of them fear losing their jobs and others fear being relocated elsewhere in the municipal structure

M21 is the former ONDA IMEFE, a local radio inaugurated in October 1998 which was operating until 2005. In 2016, the city council decided to relaunch the station with educational and social purposes, welcoming students, trainees and unemployed people who were offered job opportunities.