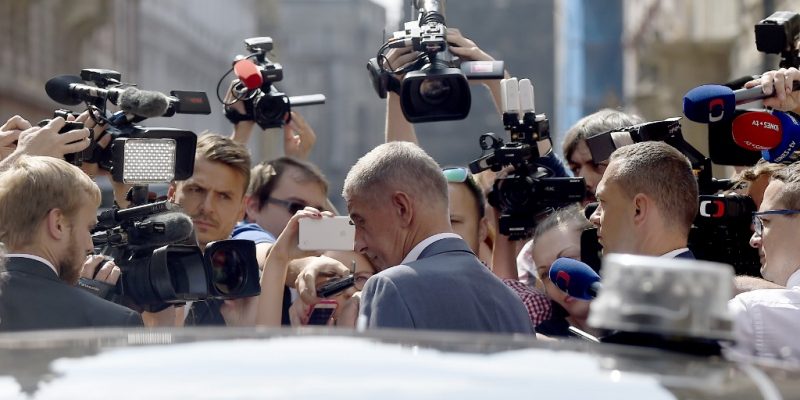 A new report by the European Federation of Journalists (EFJ), the Syndicate of Journalists of Czech Republic, the European Broadcasting Union (EBU), the Nordic Association of News Publishers and the European Centre for Press and Media Freedom (ECPMF)  reveals the state of media in the Czech Republic. A fact-finding delegation met with 14 key informants including journalists, editors, directors, teachers, politicians and founders from various part of the Czech media landscape, both public service media and private media.

During the mission, it was noticed that the prime minister’s close link to the media he used to own is totally unacceptable for a democracy; as well as how easy it is to put pressure on the media by the parliament and the government through the system interlinking of adopting annual reports and electing councils.

The mission report recommends Czech Republic to review the legislation regarding the possibility for government members and parliamentarians to own media: “Politicians running for leading political positions should not be allowed to own media or to be closely linked to them.”

Another finding of the mission is that self-regulatory bodies are too fragmented to have a real impact on ethical standards and because of that, there is a need for a review. In addition, local media are in a very difficult position leaving a big part of the citizens without real independent impartial information on local interests. Furthermore, the delegation advises that the financing of media has to be addressed both within public service media and private media.

The delegation was composed by Mogens Blicher Bjerregård (EFJ President), Jean Philip De Tender (Director Media at EBU), Jørn Mikkelsen (editor at Jyllands-Posten, Nordic Association of News Publishers), Lucie Sýkorová (Chair of the supervisory board of ECPMF), and Adam Černý (President of the Syndicate of Journalists of Czech Republic).

You can read the full report here.