Two years since the assassination of Daphne Caruana Galizia 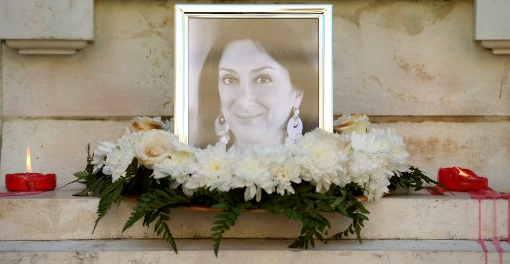 
The European and International Federations of Journalists (EFJ and IFJ) joined today their Maltese affiliate, the Institute of Maltese Journalists (IGM), in standing with those fighting for justice, two years after the assassination of Daphne Caruana Galizia.

“It has been two years since the day Daphne Caruana Galizia was brutally murdered in a horrific attack on freedom of speech. Two years since a fellow journalist was killed because someone feared what she had to say and used the threat of murder as a tool to censor the Maltese press.

As fundamental pillars of any true democracy, the rights to freedom of expression and to information must be safeguarded and defended, not only by journalists, but by all of society. Daphne’s assassination changed Malta forever, calling into question this precious right which we all take so very much for granted, and which is so crucial to us being able to do our job as journalists.

On the anniversary of Daphne’s assassination, IĠM stands with those fighting for justice. We deserve to know who killed Daphne, and why.

We note that the announcement that a public inquiry into the murder is to take place and urge the government to seek a compromise with Daphne’s family so as to allay any fears there may be about the impartiality of the inquiry.

We cannot, and should, not ever accept living in a society where anyone can murder a journalist in broad daylight and get away with it.”