How to make journalists’ unions more diverse and inclusive? 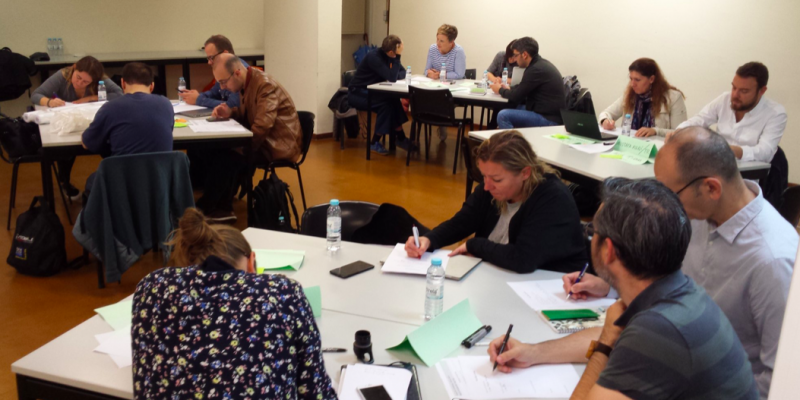 
The first step for reaching a broader and diverse group of people is improving diversity and inclusiveness within the union itself. Eighteen trade union representatives from sixteen European countries attended a three-day training organised by the European Federation of Journalists (EFJ) and the European Trade Union Institute (ETUI), on 28-30 October in Porto, Portugal. The host of the workshop was the Portuguese union and EFJ affiliate Sindicato dos Jornalistas (SinJor).

The training aimed to provide current, future and potential leaders different tools to make their unions more inclusive and diverse, equipping them with leadership and trade union mobilising skills; providing networking opportunities to exchange among themselves; and find innovative and inclusive ways to mobilise and organise members.

During the workshop, the participants reflected on how they can use all these tools in their unions. Some of the common observations were the need of having managing boards with diverse background, reaching out to new people, specially young members, and a focus on gender equality (increasing female representation and closing the gender gap). The lack of resources and the need for a sustainable funding for the unions were also highlighted by the participants.

This workshop was a follow-up of a previous training that took place in Barcelona (Spain) on February.