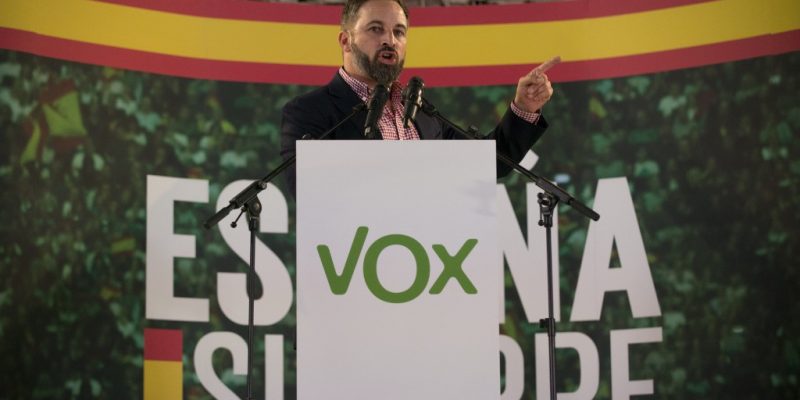 Spanish political party VOX has denied the accreditation to several media outlets, ahead of the general election of 10 November. The European Federation of Journalists (EFJ) joins its Spanish affiliates Federacion de Servicios a la Ciudadania de CC.OO (FSC-CC.OO), Federacion de Asociaciones de la Prensa Espanola (FAPE) and Federation de Sindicatos de Periodistas (FeSP) in condemning this new attack on freedom of expression and in recalling the Article 20 of the Spanish Constitution, which guarantees the freedom of expression.

Right before the general election of Sunday November 10, VOX has denied the accreditation of Grupo Prisa media outlets – some of the most followed media in the country. In a statement, they were informed that “from this moment on, it will not grant accreditations for any journalist linked to PRISA or for access to its headquarters or for any other event that the political party organises in private spaces”.

In addition, VOX has banned Eldiario.es from entering the place where the media will monitor the results of the party on election night, a situation that already occurred in the previous general elections, on 28 April 2019. In an email, the party’s communication team wrote to the media outlet: “We inform you that your request for accreditation to cover the election night at our headquarters has not been accepted. We remind you that it is a discretionary act of the party”.

“It is essential that the Council of Europe take action on the matter and require the Spanish State to defend press freedom. A country that is considered a democracy cannot allow this restrictions on free media, whether or not we share the editorial line”, said the EFJ Vice-President and head of FSC-CCOO, Marta Barcenilla

Few weeks ago, a WhatsApp message was leaked to the press. In this internal note, the party’s communication team advised its political leaders not to talk to 11 media outlets: “They are not, even if treated as such, media or journalists, but activists who will only speak badly about us, because we are their enemy”. These media are Público, Eldiario.es, La Marea, El Plural, Todo es mentira (Cuatro), El Español, El Mundo (salvo Álvaro Carvajal y Javier Negre), El País (en términos generales, luego ya iremos viendo), El intermedio (Wyoming), Infolibre, Revista Contexto CTXT.

The EFJ has submitted an alert to the Council fo Europe warning about the risks of normalising this kind of acts by European political parties.