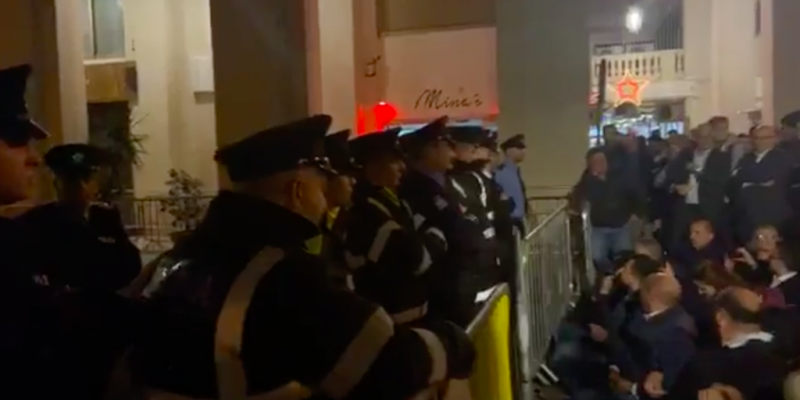 The European Federation of journalists (EFJ) has backed its member, the Institute of Maltese Journalists (IGM), in condemning the latest attacks on Maltese journalists covering public events.

#Malta: Journalists threatened, harassed during course of their duties – The Malta Independent https://t.co/m9efR8l7lC

In a statement published by the IGM, it has denounced the violence against journalists. It IGM said: “We appreciate the work of the police who stopped the incident from escalating in Valletta, where a journalist was attacked by a government security officer.

“However, it is unacceptable that journalists were attacked and being prevented from doing their jobs.”

In Hamrun, journalists covering the Labour Party activities for the daily, the Malta Independent, were harassed by Labour supporters.

Similarly, the NET News crew that was present at the Labour headquarters was chased out by supporters. Drinks including glass bottles, were thrown at journalists as they walked away from the crowd. The Party officials had to escorted them as they left.

The IGM has made an appealed for everyone to remain calm and respect the rights of journalists to report freely.

The EFJ will submit the these cases to the Council of Europe Platform for the protection of journalism and the safety of journalists.