Call for respect for press freedom and journalistic independence in Europe 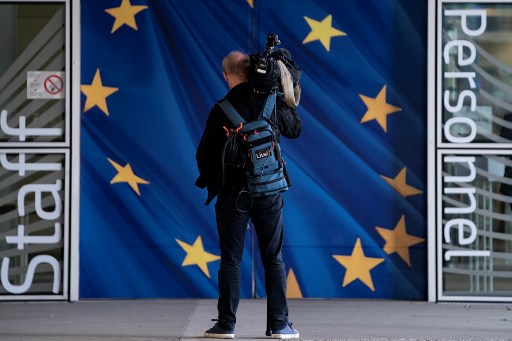 
At the conference it is organising in Paris on 6 December, the Association of European Journalists (AEJ) joined forces with other organisations defending press freedom to call on European institutions and governments to adopt effective measures to protect the Fourth estate for the sake of democracy. The European Federation of Journalists (EFJ) joined the call, emphasising the need to avoid any procedure for certification or labelling of the media, on the pretext of combating misinformation, and the importance of supporting the International Convention on the Safety and Independence of Journalists and Other Media Professionals proposed by the International Federation of Journalists.

Meeting in Paris, this 6 December,

We note that, while European journalists enjoy a generally privileged situation compared to many other regions of the world, Europe is no longer a completely safe place for the profession and for press freedom. Indeed we observe that Europe is the part of the world where press freedom has deteriorated the most in recent years.

With the erosion of the “European model”, as mentioned by Reporters Without Borders (RSF) in its latest report on press freedom around the world, journalists have become the target of increasingly virulent, even violent, attacks by political leaders. Using social networks to bypass the sometimes critical mediation of professional journalists, politicians no longer hesitate to designate the press as an outright adversary. They call on their supporters to attack news organisations reputed to be hostile, and obstruct the work of journalists through judicial harassment. This phenomenon is all the more obvious given the current trend of societies towards polarization, which is making public debate increasingly fraught.

Over the past five years, the AEJ, the EFJ, RSF and the eleven other partner organisations of the Council of Europe Platform for the Protection of Journalism have reported 256 serious violations of press freedom in the member states of the European Union, including 60 cases of violations of the physical integrity of journalists (including 14 murders of journalists in France, Poland, Denmark, the United Kingdom, Bulgaria, Slovakia and Malta). Of these 256 press freedom violations in the EU, public authorities were the direct source of the threat in 57% of cases.

In addition, there have been breaches of the rule of law in several member states of the European Union and the Council of Europe. These weaken the democratic framework essential for the existence of a free and independent press and, by also attacking public broadcasting, prevent it from playing its essential role fully, particularly during elections. If the rule of law is not respected, the press and the judiciary are at the mercy of politicians.

To this can be added the growing mistrust of elites, supposedly including journalists, as well as measures restricting individual freedoms and press freedom adopted by governments under the guise of combating terrorism, and economic difficulties linked to the crisis in the media sector.

Against this background, with the press under attack, the credibility of journalists is undermined, public support falters, and a sense of impunity sets in among those who are the subject of investigative journalism.

In addition to the threats and insults of political leaders, we see interference by state authorities and attacks by criminal organisations operating in Europe, which target investigative journalists in particular. In addition to the high-profile cases of Daphne Caruana Galizia and Ján Kuciak, physical attacks and death threats by mafia groups against journalists are frequent in several countries.

While we welcome the efforts made so far by the European Union and the Council of Europe to respect the rule of law and freedom of the press, we believe that this is not enough to guarantee a healthy and safe environment for this freedom to be fully exercised. For this reason we ask Europe’s political leaders, and the institutions of the European Union:

To address judicial harassment and “gag procedures” (SLAPPs, strategic lawsuits against public participation) by adopting legislative measures that afford effective protection to journalists against such practices, whose sole purpose is to limit journalists’ freedom of expression, and by ensuring a favourable and safe environment in which journalists can work;

To put an end to the application of exorbitant criminal sanctions, including prison sentences, in defamation proceedings in all European states;

To ensure that measures to protect press freedom and pluralism are implemented effectively by the European Union, by expressly assigning this competency to a member of the European Commission;

To ensure the pluralism and independence of public-service broadcasting so that it can fully play its public-service role of informing citizens in an inclusive and pluralistic manner, by putting in place effective safeguards against political interference, in particular with regard to appointments to editorial posts;

To create an effective early warning mechanism against any violation of press freedom along the lines of the Council of Europe’s “Platform to strengthen the protection of journalism and the safety of journalists”;

To guarantee the integrity of the public space against the spread of false news, while fully preserving freedom of information and freedom of speech;

To impose democratic guarantees in the digital space so as to guarantee freedom of opinion and expression, as promoted by the “Information & Democracy” initiative launched by Reporters Without Borders;

To support the “Journalism Trust Initiative”, also launched by RSF, which aims to promote freedom, independence, pluralism and reliability of information, as well as other similar initiatives and projects from other organisations recognised by the journalism community;

To set up educational programmes on media and news in late primary, and secondary, education;

That the European Parliament periodically assess respect for press freedom in all EU member states and candidates for membership, particularly during election campaigns;

To extend the powers of the European Ombudsman so that this office may verify compliance with the European Charter of Fundamental Rights not only by the European institutions but also by all its member states;

That the member countries of the European Union and the Council of Europe ensure that the United Nations:

2. create the mandate of the UN Secretary-General’s Special Representative for the Safety of Journalists, called for by a coalition of more than 100 organisations and media.

A free and independent press is the best guarantee for the proper functioning of democratic institutions, and a bulwark against authoritarian abuses and manipulation of public opinion. It is in everyone’s interest that the press remains this way, and the duty of public authorities to ensure it.