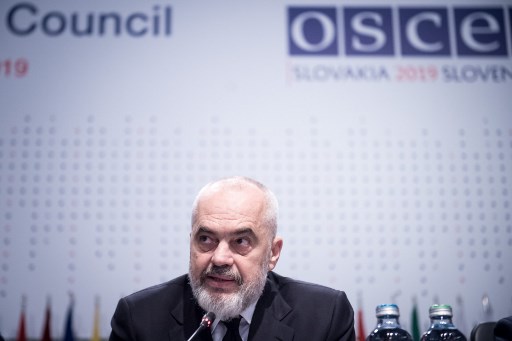 We, the undersigned organisations, reiterate our call on the Albanian parliament not to approve the draft media laws known as the “defamation package.” Should the draft laws enter into force, they would introduce mandatory registration requirements for online media and create an administrative body with the power to fine, shut down online media and block foreign online media – all without a court order. They would also introduce state regulation of online media, which is contrary to international best practice guidelines on self-regulation.

We note that the proposals are not in line with best practices on self-regulation and would have an adverse impact on freedom of expression in Albania. This comes as Albania is set to take the Presidency of the Organisation for Security and Cooperation in Europe (OSCE) in January 2020.

The Albanian Parliament has initiated ‘public consultations’ of the draft media laws. The first of these meetings took place on 25 November amid strong opposition from national and international press and media freedom community. The next ‘public consultation’ hearings will take place on 11 and 12 of December 2019 in Tirana.  The draft media laws are expected to be approved by the parliament on 19 of December 2019.

There is widespread concern over the persistence of the government and parliament to pursue these draft laws as they signal a turn to the worst for Albania’s press freedom climate. Albania has clear obligations and duties under the European Convention on Human Rights and the OSCE, the Presidency of which it is due to assume in January 2020. Should these laws be passed, it would be particularly problematic for Albania to assume this role.

During our advocacy mission in Tirana, conducted from 18 to 21 of June 2019, which included, the European Centre for Press and Media Freedom (ECPMF), ARTICLE 19, the Committee to Protect Journalists (CPJ), the European Federation of Journalists (EFJ), the International Press Institute (IPI), Reporters Without Borders (RSF) and the South East Europe Media Organisation (SEEMO), we warned of the deteriorating press freedom climate in Albania.

We raised our serious concerns about the proposed legislation during our meeting with Prime Minister Edi Rama, urging that the amendments be brought in line with international standards. In July, we called on the Albanian Government to withdraw these two bills and urged the parliament not to approve them.

We are therefore, dismayed that the Albanian parliament has put forward these draft laws without fully addressing suggestions provided by local actors andinternational institutions. The OSCE Representative on Freedom of the Mediapublished today, 9 of December, its latest legal analysis of the draft laws, calling for further improvements to ensure “safeguards to freedom of expression and avoid any risk of undue restrictions or sanctions on electronic media providers.”

We call on the Albanian parliament to drop their dogged pursuance of these draft laws and restart the process. The parliament should also make use of the assistance mechanisms available through the Council of Europe office in Tirana and the European Union, in order to come up with laws that are in line with best practice press freedom standards.