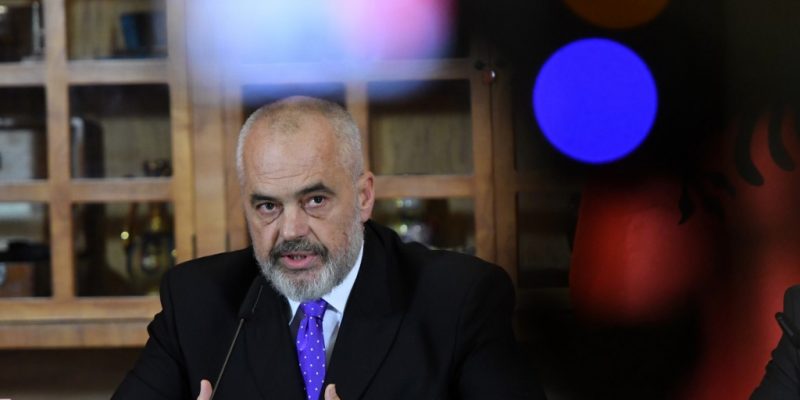 UPDATE (19 December 2019): On 18 December, the Albanian parliament approved two controversial media laws, known as the “anti-defamation package”. 82 MPs voted in favour of the law, 13 against and 5 MPs abstained. We condemn these media law changes, which if they come into force, will result in the replacement of self regulation of online media with state regulation. Cosmetic changes made at the very last minute do not address all the concerns raised by the European Union, the Council of Europe (CoE) and CoE’s Human Rights Commissioner Dunja Mijatovic. We urge the president not to decree these changes as they will only harm media freedom in Albania. We will continue to support local journalists and activists.

————
Albanian Prime Minister Edi Rama announced that Parliament will vote on the so-called “anti-defamation package” on 19 December. The European and International Federations of Journalists (EFJ/IFJ) backed calls of their affiliate in Albania (APJA) to reject the two draft laws threatening freedom of expression and media freedom.

If adopted, amendments to the Law on Audiovisual Media and the Law on Electronic Communications would grant government bodies, the Albanian Media Authority (AMA) and Albanian Communication and Postal Authorities (AKEP), the power to instantly block media websites and impose excessive fines for any violations of dignity and privacy. It would also introduce mandatory registration requirements for online media.

The Association of Professional Journalists of Albania (APJA) warns that these new laws would give the regulatory bodies “quasi tribunal competences”. Although these bodies are independent by law, there are no guarantees they will operate independently in practice.

The fear of lack of independence and the excessive fines imposed without judicial control are among the worrying provisions flagged by the Organization for Security and Cooperation in Europe (OSCE) in its legal review published on 9 December. OSCE Media Freedom representative Harlem Désir warned that “such fines could lead to the closure of media and be seen as indirect pressure.”

In a joint statement, the EFJ along with 6 press freedom organisations noted “that the proposals are not in line with best practices on self-regulation and would have an adverse impact on freedom of expression in Albania.”

“We need self-regulation in Albania, not state-regulation of online media, said APJA Mimoza Kociu. Albania has enough laws to regulate such cases, the courts already ruled in the past. We reject any legislative provisions that would impose registration requirements and give regulators the power to block electronic media and impose fines. We simply ask for the withdrawal of the laws.”