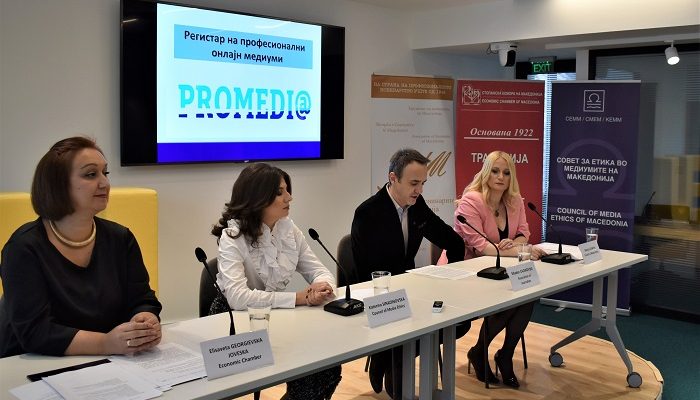 “We believe that journalists’ organisations should promote for the public benefit high ethical standards in journalism, based on five principles: truth and accuracy, independence, fairness and honesty, humanity, and accountability,” said EFJ General Secretary Ricardo Gutiérrez. “That is why the EFJ supports this professional initiative aiming to strenghten media self-regulation in North Macedonia.”

The initiative will promote self-regulation of online media by committing online media to respect the Code of Journalists and publishing decisions by the Council of Media Ethics.

CMEM and AJM announced the creation of a “Register of Professional Online Media”, which has about 70 members committed to respect the principles of the CMEM Ethical Code.

The President of AJM Mladen Chadikovski called North Macedonian citizens to make as many complaints as they can to the CMEM if they believe that some media outlets have breached the standards.

The web platform www.promedia.mk will be operational from the beginning of January, with details about all the members of the Registry.