Aseev is free but 122 journalists remain in prison in Europe 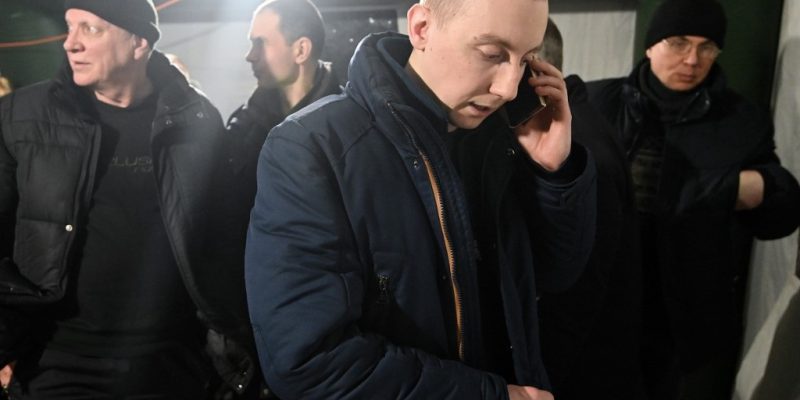 
The European Federation of Journalists (EFJ) welcomes the release of Ukrainian journalists Stanislav Aseev and Oleh Halaziuk who suffered a long illegal custody in Donetsk. On Sunday, at a checkpoint near Gorlovka, pro-Russian separatists and Ukraine have concluded a long-awaited prisoner exchange of 200 prisoners, including the two journalists who contributed to the Ukrainian service of the US-funded Radio Free Europe/Radio Liberty. While welcoming these releases, the EFJ recalls that 122 journalists and media actors remain in prison in Europe:

Sergiy Tomilenko, a member of the EFJ Steering Committee and President of the National Union of Journalists of Ukraine (NUJU), said: “Aseev spent two and a half years in prison on trumped-up charges. Together with our colleagues from Europe and the world, we have consistently called for his release, as well as that of Oleh Halaziuk. Journalism is not a crime! We remain hopeful that one day we will also be able to welcome the release of the Ukrainian journalists detained in the Crimea.”

In a statement issued on Sunday, the Russian Journalists’ and Media Workers’ Union (JMWU) demanded the immediate release of journalists Remzi Bekirov, Osman Arifmemetov and Nariman Memedeminov, who are awaiting trial in prison on charges of alleged terrorism.

“Just a year ago,” said the EFJ General Secretary Ricardo Gutiérrez, “we called for the release of the 177 journalists who were then in prison in Europe. The number of detentions has fallen. But these cases are still unacceptable. All these journalists and media workers are behind bars for doing their job. It is still unacceptable that 122 colleagues are still detained in Europe. We again call on the public authorities in Turkey, Russia, Azerbaijan and the United Kingdom to release these journalists and media actors without delay.”