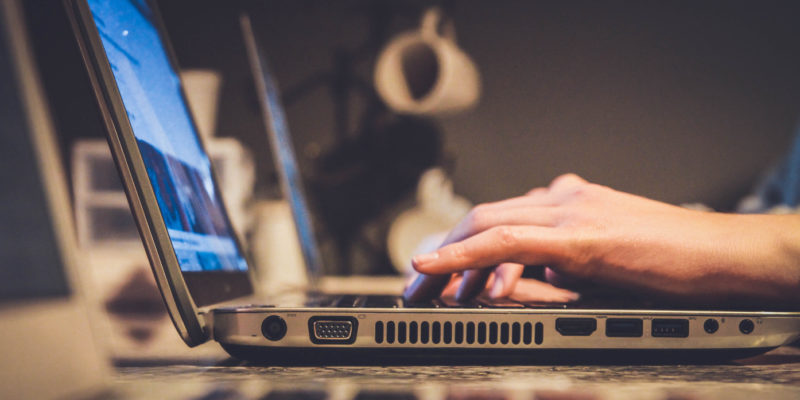 On April 2018 the European Commission presented a proposal to enhance cross-border gathering of electronic evidence: a Regulation on European Production and Preservation Orders for electronic evidence in criminal matters. It would allow Member States to request the production or preservation of electronic data stored (such as emails, text or messages in apps, as well as information to identify a perpetrator as a first step) in a different Member State via production and/or preservation orders needed for investigation and prosecution of crimes covered by the Regulation.

The European Commission proposed on 5 February 2019 to start international negotiations on cross-border access to electronic evidence and the Committee of Civil Liberties, Justice and Home Affairs (LIBE) of the European Parliament presented the new text with the amendments last week.
The European Federation of Journalists (EFJ) and the undersigned organisations express, once again their concern on how this new regulation, if not amended, will harm media freedom, freedom of expression and freedom of information. Ongoing meetings with Members of the European Parliament are taking place.

AER, the Association of European Radios; EBU, the European Broadcasting Union; EFJ, the European Federation of Journalists; EMMA, the European Magazine Media Association; ENPA, the European Newspaper Publishers’ Association; EPC, the European Publishers Council, NME, News Media Europe and UNI MEI Global Union have already expressed, in an earlier statement last November, their concerns about the Commission’s proposal for a regulation on European Production and Preservation Orders for electronic evidence in criminal matters as it could pose a serious threat for freedom of the media, freedom of expression and freedom of information without robust safeguards.

We take note of the European Parliament’s draft report and the corresponding amendments. The signatories remain of the opinion that a clear exclusion for the media sector in combination with procedural changes that provide a mandatory review and decision by the Executing Member State according to its national legal framework is necessary to protect press and media freedom in the EU.

Concerning the exclusion for the media sector, neither the proposed draft regulation, nor its amendments provide the necessary improvements. However, to ensure that fundamental rights are respected, we support the amendment clarifying in the scope of the regulation (Article 3) that European production or preservation orders cannot be issued to obtain data protected by law under immunities and privileges of a Member State and ensuring that journalism is included therein.

With regard to the safeguards added in the procedural part of the regulation, the Rapporteur and other MEPs suggested amendments which provide significant improvements.

A mandatory and automatic notification procedure to the Executing State and, where relevant, to the Affected State is crucial. Ideally both States but at least the Executing State  should be able to bring their concerns as regards the lawfulness of an order, and when necessary, oppose the enforcement and execution of the order before any data is allowed to be issued (’suspensive effect’).

Service providers cannot be the sole addressee of an order as this situation would lead to a privatization of law enforcement and services providers would be asked to assume the role of legal assessors of fundamental rights.

Grounds for non-recognition and non-execution of orders should be clearly established in the draft regulation. We welcome suggestions for a new Article 10a.

A clear definition of immunities and privileges is also key, which must encompass rules relating to media freedom and freedom of information. This warrants a clarification that key pillars of press and media freedom, such as the protection of sources and editorial secrecy, are explicitly covered.

We are concerned that the regulation could allow media content to be provided without our organizations being informed. Informing the person whose data is being sought (“user Information”) should therefore be set as the general rule unless a duly justified request is made otherwise by the competent judicial or administrative authority following due process.

In addition, the affected person or organization should have access to effective remedies both in the Issuing and Executing States.

Whenever the order contradicts laws of a third country which has connection with the proceedings, both the Issuing and the Executing Authorities should be able to launch a review procedure.

Finally, guarantees on the use of the data preserved or produced should be added to the text. The electronic information gathered should only be used in the specific case for which it has been produced or preserved. The data should never be stored any longer than necessary or used for another criminal proceedings.