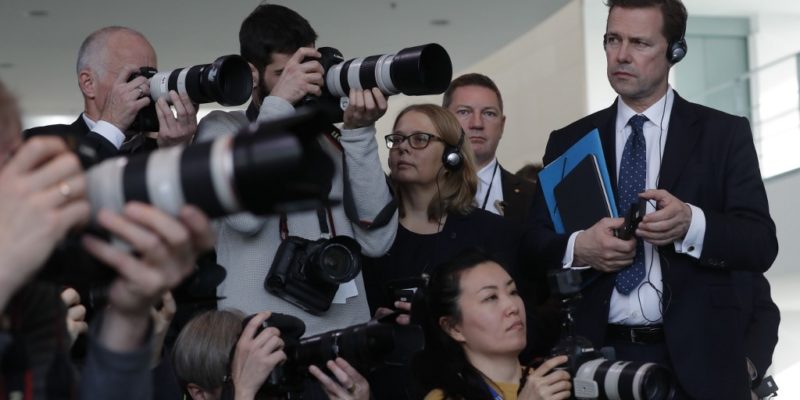 A number of journalists reporting about alleged funding from Hungary of media close to the right-wing Slovenian Democratic Party (SDS) has been facing attacks and threats to their life. The European Federation of Journalists (EFJ) joined the Slovene Association of Journalists (DNS) in condemning in the strongest terms the “intensive attacks” and calling on the authorities to guarantee a safe environment for journalists.

The association has informed about repetitive attempts of discrediting journalists, smear campaigns, death threats, offensive messages on social media, on and offline harassment. The journalists’ association was itself targeted and claimed this wave of attacks is aimed to prevent journalists from running stories critical to media owners and political allies under Hungarian influence.

Journalists have been reporting to the Slovene Association of Journalists that they are getting verbally attacked by strangers on the street, receiving insulting messages to private phone numbers, as well as threats on social media.

Following an interview with a member of a political party that intend to form a new coalition with SDS, a TV anchor was the target of comments and insults like: ‘bitch’, ‘mouth full of sperm’, ‘shit woman’, ‘Communists sweetheart bitch’, ‘dumb’ or ‘hysterical crone’, among others.

“These are not isolated cases, this is a campaign with an ideological and material background (…) Half of the content published by the portals of Hungarian ownership is intended to create an atmosphere of hate against journalists through personal discredit, manipulation and misinformation”, said DNS in a statement

The EFJ is extremely worried about the severity of the last developments in Slovenia, where freedom of expression and personal safety of journalists are in danger.

“We know from experience that death threats can lead to targeted violence and endanger journalists. We encourage each journalist at risk to report the attacks to the authorities. Fear and violence should not be part of the journalists’ daily life,” said EFJ General Secretary Ricardo Gutiérrez