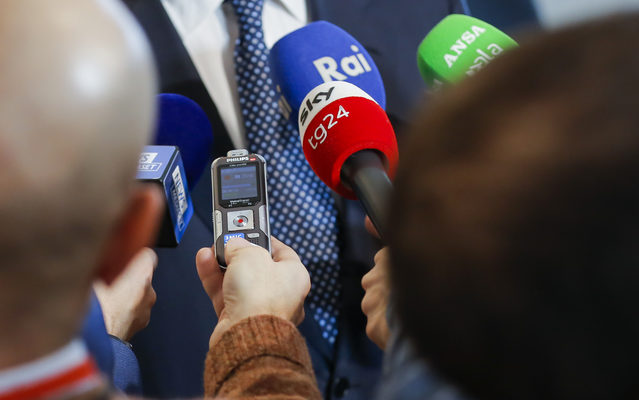 
March 1st marks a new chapter in the support for journalists under threat – it is the start of the Europe-wide rapid response mechanism (RRM) for violations of press and media freedom. The RRM is conducted by a consortium led by the European Centre for Press and Media Freedom in Leipzig (ECPMF). The Mechanism is designed to mitigate the consequences of the recently observed deterioration of press and media freedom in certain EU Member States and Candidate Countries.

The work programme of the consortium comprises the development of coordinated rapid responses to violations of press and media freedom. Thematic focal points are online harassment, especially against female journalists, legal threats like SLAPP (Strategic Litigation Against Public Participation) lawsuits, the fight against impunity and the situation of media freedom in specific countries.

In response to violations of media freedom the partners will implement a broad set of instruments, from advocacy to campaigning, legal aid to practical support, training to consultation. The monitoring of press freedom violations will mainly be done by IPI and EFJ. Both organisations have large membership and contact networks throughout Europe, which will be a key resource for the monitoring work. The common platform to submit alerts is mappingmediafreedom.org; selected cases will also be submitted to the Council of Europe’s Platform for the protection of journalism and safety of journalists. During the project period the Institute for Applied Informatics at the University of Leipzig will develop a new methodology for mappingmediafreedom.org based on artificial intelligence and text recognition. All activities focus on EU Member States and Candidate Countries.

The RRM is supported with 1.4 Million Euro co-funding from the European Commission following the intention of the European Parliament to provide increased support to the defence of press and media freedom in the European Union.

“The murders of Daphne Caruana Galizia and Jan Kuciak dramatically proved the need for an instrument like the Rapid Response Mechanism. It is high time to strengthen protection and prevention on a European level”, says Lutz Kinkel, ECPMF’s Managing Director. “The consortium that runs the project has excellent abilities with regard to practical support and communication. It will make a difference.”

Ricardo Gutiérrez, the EFJ General Secretary said: “In the past years, we have witnessed a worsening trend in media attacks across Europe. We are glad that the Commission is providing support to our project which aims to promote media freedom and curb attacks on journalists. The EFJ is as determined as the consortium partners in building a Rapid Response Mechanism that will provide practical support to journalists, as well as preventative measures to curb attacks.”

“We deem crucial not only to persist in the awareness-raising efforts, that remain as necessary as ever, but also to adopt effective mechanisms to respond to and possibly prevent the violations and abuses hindindering trustworthy, public-interest journalism“, Chiara Sighele, CCI/OBCT project director said. ”To strengthen the impact of such a collective endeavour, CCI/OBCT will make further use of the Resource Centre for Media Freedom to support evidence-informed policy making and advocacy”.

“Without journalists uncovering the truth and holding powers to account, Europe’s democratic values are under threat. We believe the Europe-wide Rapid Response Mechanism will play a crucial role in protecting the safety of journalists in Europe. We welcome the Commission’s support, which comes at a crucial moment to turn the tide and make Europe a safe place for journalists once again” says Leon Willems, director of Free Press Unlimited.

“ARTICLE 19 welcomes the support of the European Commission for the Rapid Response Mechanism, an invaluable initiative designed to effectively monitor and respond to the wide range of physical and legal threats facing journalists across Europe” said Sarah Clarke, Head of Europe and Central Asia.

“Text recognition and articifial intelligence can open a new chapter in monitoring media freedom violations in Europe. The InfAI has a long experience in working with this methodology. We are happy to implement it in the platform mappingmediafreedom.org to develop a comprehensive, science based overview”, says Prof Gerhard Heyer of InfAI.