COVID-19: Council of Europe must ensure press freedom is protected 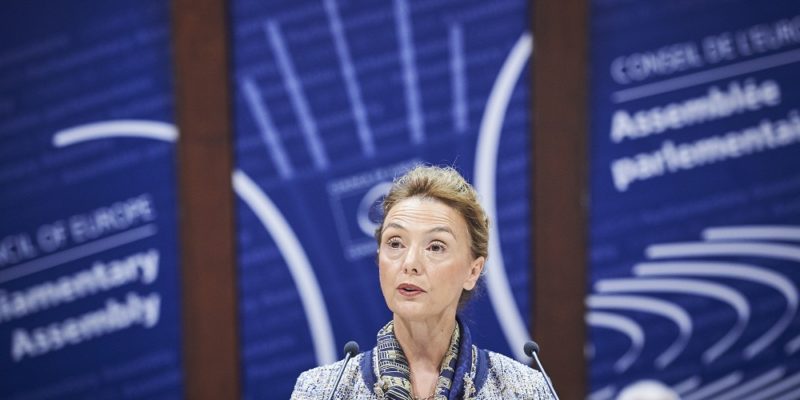 
The European Federation of Journalists (EFJ), the largest organisation of journalists in Europe, representing over 320,000 journalists in 72 journalists’ organisations across 45 countries, today called on Europe’s top human rights and democracy organization to protect free flow of information and ensure that media freedom is guaranteed as states strive to tackle the COVID-19 pandemic.

EFJ joined with nine other press freedom and journalists groups to write to the heads of the Strasbourg-based Council of Europe to express its profound concerns over the dangers of governments taking advantage of the coronavirus pandemic to punish independent and critical media and introduce regressive restrictions.

We, the undersigned press freedom and freedom of expression organisations, are writing to express our profound concerns about the dangers of governments taking advantage of the Covid-19 pandemic to punish independent and critical media and to introduce restrictions on the access and scrutiny by media to government decisions and actions.

In this respect we support the joint statement put out by the three global and regional special rapporteurs for freedom of expression, David Kaye (U.N.), Harlem Désir (OSCE) and Edison Lanza (OAS), that the “right to freedom of expression, (…) applies to everyone, everywhere, and may only be subject to narrow restrictions”.

While we appreciate that certain emergency measures are needed to combat the pandemic, all such measures must be necessary, proportionate, strictly time-limited and subject to regular scrutiny, in order to solve the immediate health crisis. Unfortunately, several governments across Europe are already using the pandemic to claim extraordinary powers that can undermine democratic institutions, including the free press.

We believe that some Council of Europe Member States are at risk of derogating from the European Convention on Human Rights in ways that may be incompatible with their obligations under ECHR, especially with respect to freedom of opinion and expression, and media freedom.

Firstly, we are deeply concerned by some governments’ hasty moves to claim sweeping powers to criminalize promoting false information related to COVID-19. Our organisations are keenly aware of the dangers of disinformation and how it is used by unscrupulous actors to spread panic and division. However, this does not justify draconian powers that risk being used against journalists whose work is indispensable in promoting public understanding of health matters and ensuring accountability.

We welcome your recent letter to Viktor Orbán, Prime Minister of Hungary, dated 24 March, in relation to the introduction of new and disproportionate emergency powers, which include prison sentences of up to five years for promoting false information.

Secondly, our organisations are concerned about the effects of enhanced surveillance measures introduced to monitor the spread of the virus. While we recognise the potential benefits in terms of combating the spread of the virus, the use of surveillance must have proper oversight and be clearly limited to tackling the pandemic. Unchecked surveillance endangers privacy and data rights and journalists’ ability to protect sources. It is also liable to inhibit journalists’ freedom to report and comment on matters of public interest in ways that cause self-censorship and undermine media freedom and plurality.

Thirdly, our organisations are concerned about excessive restrictions on media access to government officials, decision makers, medical experts and – where practicable — those on the front line of the pandemic. Many countries have introduced restrictions on freedom of movement which we insist must not be used to prevent media from bearing witness to the crisis.

At the same time many governments are restricting access to officials by reducing the physical presence of journalists at press conferences. Slovenia and the Czech Republic, among others, have announced they are ending them altogether. Such measures must not be allowed to restrict media scrutiny of governments.

Lastly, we are concerned about the safety of journalists in terms of their exposure to COVID-19 and the incidents of assaults on members of the media reporting on the pandemic. There has also been an upturn in reported online abuse of journalists who question government responses and the emergency powers they have taken.

In a period when fundamental rights are being suspended around Europe, the need for media scrutiny to guard against abuse of these new powers are stronger than ever.

We therefore call on you to:

– Continue to urge member states to ensure that the protection of media freedom, as guaranteed under the European Convention on Human Rights, is made a political priority, especially during the period of the COVID-19 pandemic.

– Engage in dialogue with member states which have stated they intend to derogate from the European Convention on Human Rights, as well as those which have adopted, or intend to adopt, emergency measures that might amount to a derogation from the Convention, in order to assess how derogations may detrimentally impact on the press situation of the respective country.

– Ask for the opinion of the Venice Commission by inviting it to carry out a full legal review of Hungary’s Emergency Law.

– Encourage member states to promptly and substantively respond to media freedom alerts on the Council of Europe Platform by taking appropriate remedial and corrective actions.

– Hold a structured dialogue with the partner organisations on the alerts published on the Platform and on follow-up actions taken by member states.

– Consider the Platform and its alerts, together with the Resolutions and Recommendations adopted by the Parliamentary Assembly, the Implementation Strategy for journalist safety published by the Steering Committee on Media and Information Society (CDMSI), and advice and observations of the Commissioner for Human Rights, as a basis for rapidly advancing and assessing the progress of implementation of provisions set out in Recommendation CM/Rec(2016)4 on the protection of journalism and safety of journalists and other media actors.

We thank you in advance for taking our concerns into consideration,