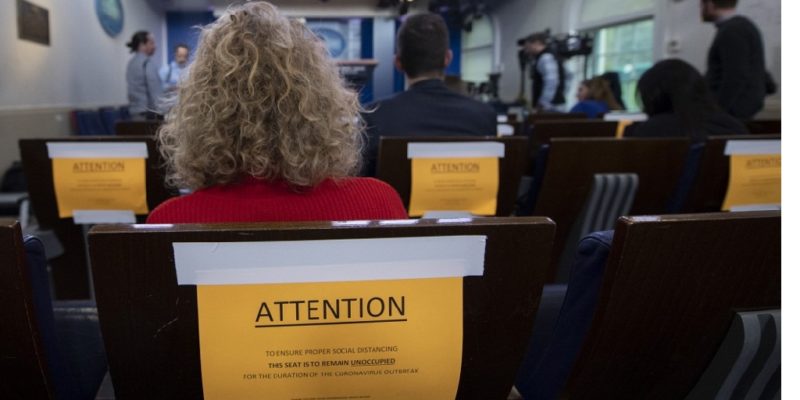 
The European Federation of Journalists (EFJ), representing 320,000 journalists across Europe, calls on national governments, the European Commission and the European Parliament to take rapid, targeted and coordinated action in support of all workers – staff, freelance and self-employed – and companies in response to the devastating social and economic impact of the global COVID-19 crisis on the media sector.

COVID-19 is spawning a global press-freedom crackdown. In the face of this pandemic, European citizens need professional, economically secure journalists more than ever. The EU should take action and encourage its Member States to take action.

EU and national emergency recovery packages are urgently needed to protect the jobs and livelihoods of media workers, support companies and fund public service media through this crisis. Thousands of media workers have already lost, or are at risk of losing their jobs, either temporarily or permanently.

“We met with the Vice President of the European Commission Věra Jourová and we asked her to consider the media sector as a vital one. Journalism can save lives. The media sector needs governments, international and regional inter-governmental organisations and media funding bodies to provide vital support by taking extraordinary measures,” said EFJ President Mogens Blicher Bjerregård.

“Instead of corporate tax cuts or social security cuts and stock buybacks, the EFJ demands targeted measures that will put more reporters on the ground”, added Renate Schroeder, EFJ Director.

The EU and national media recovery plans should include:

“Several European governments, including Denmark and Sweden, are taking relief measures to sustain the economy of the media sector. But most have not yet offered specific assistance to the media. Some countries, such as Croatia, have even deliberately refused specific media assistance, which I strongly condemn,” said EFJ General Secretary Ricardo Gutiérrez.

The EFJ also joins the demands of the International Federation of Actors (FIA) and the Media, Entertainment & Arts Sector of UNI Global Union (UNI-MEI) to support the economic sustainability of the creative sector:

Together with FIA and UNI-MEI, the EFJ also calls on the European Union and the European governments to support specifically freelance end self-employed workers. Many of them may do not have enough social benefits to fall back on during this crisis and may thus face a critical situation. We recommend in particular that:

Journalists are key to inform us about #COVID19 but face critical conditions. Discussion with @EFJEUROPE:

➡️EU countries should make the most of measures proposed by @EU_Commission to support media, more to come