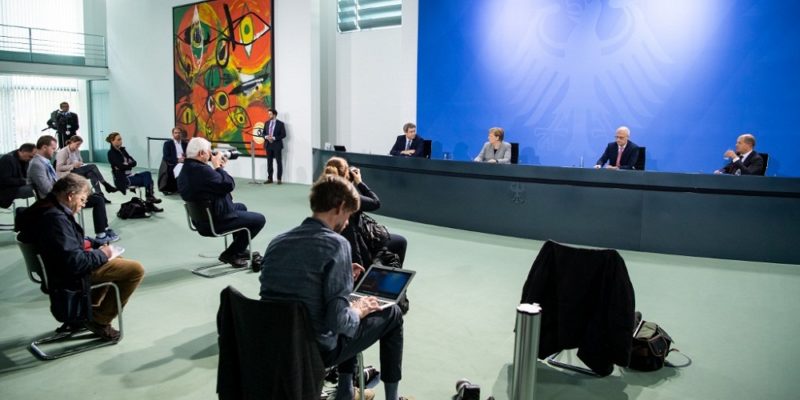 
The European Federation of Journalists (EFJ) welcomes some good practices regarding the holding of press conferences during the COVID-19 pandemic. However, many countries are still restricting this democratic exercice under the pretext of ensuring the safety of journalists. The EFJ urges countries where journalists are not allowed to ask questions live to adapt in such a critical moment, for example with the use of video conferencing system.

While journalists should not expose themselves in crowded conference rooms, the EFJ reminds that it is equally important not to restrict press freedom and journalists’ ability to ask questions. Even during total lockdown, minimum service information must be assured to protect free flow of information and the citizens’ right to know.

Several countries have put in place systems which allow journalists to ask questions live when physical press conferences are not possible:

“Governments are obliged to provide reliable information in accessible formats to all. The right of access to information means that governments must be making exceptional efforts to protect the work of journalists. There are still problems in some European countries. In Serbia for example, journalists have to send their questions in writing beforehand. This is not an acceptable alternative to physical press conferences. Once again, we remind governments that the pandemic must not be used to restrict the free flow of information,” said EFJ General Secretary Ricardo Gutiérrez.