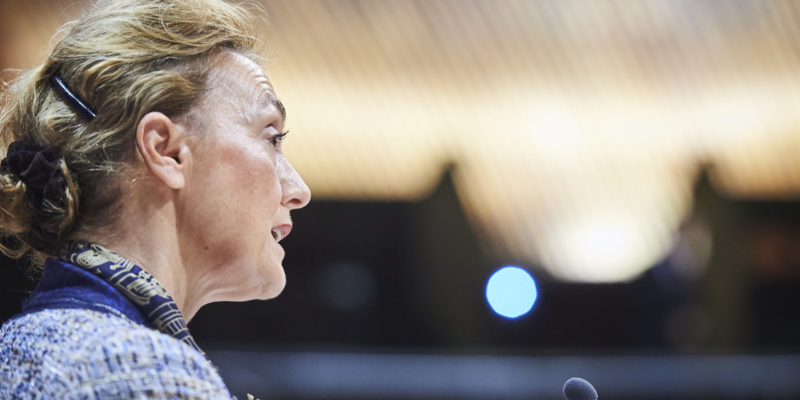 
The European Federation of Journalists (EFJ) welcomes today’s statements by the Secretary General of the Council of Europe, Marija Pejčinović Burić, and by the Council of Europe Commissioner for Human Rights, Dunja Mijatović, ahead of World Press Freedom Day on 3 May.

In a statement issued today, Marija Pejčinović Burić calls on governments to protect the essential role of journalists in democracy, especially in times of crisis, and to avoid unduly restricting media freedom during the pandemic: “Governments are facing unprecedented challenges during the COVID-19 crisis, but the situation must not be used to silence or hinder journalists,” said the Secretary General.

“Media must be free to report on all aspects of the crisis. Journalists have a key role and a special responsibility for providing timely, accurate and reliable information to the public. They must be able to scrutinise the decisions of authorities in response to the pandemic.”

“Through responsible reporting, journalists can also help prevent panic from spreading and highlight positive examples of solidarity in our societies. I have been personally impressed and encouraged by the many media reports I have seen of citizens helping each other and of carers, nurses and other ‘heroes’ on the frontline of this crisis.”

The Secretary General also expressed her concern at the findings of the annual report of the Council of Europe’s Platform for the Protection of Journalism and the Safety of Journalists, compiled by 14 media freedom NGOs and journalists’ organisations, including the EFJ, highlighting a trend of violence and intimidation against journalists over the last year.

“Unfortunately, the worrying trend of violence and intimidation against journalists observed in recent years continues. Too many journalists are in prison and there are too many cases of impunity for the killing of journalists. I am also aware of the difficult economic situation that many journalists find themselves in today,” she said.

The Secretary General encouraged member states to protect the role of journalists as “watchdogs” and as an important part of the necessary checks and balances in democratic societies.

Dunja Mijatović, Council of Europe Commissioner for Human Rights, also issued a statement ahead of World Press Freedom Day: “Whether prominent investigative reporters covering global crises or precarious freelancers working for a local paper – their work concerns us all. They expose injustices, crime, corruption or misuse of power. They keep government action under the public spotlight. They dig beyond the surface to unearth the truth. They can also bring to our attention hopeful stories that can inspire change in other parts of the world.”

“This is why press freedom is one of the rights enshrined in national constitutions and international treaties. This is why we must be more invested in the safety, the independence and the economic and social security of journalists and media professionals,” she said.

On Wednesday, during a meeting with Marija Pejčinović Burić, the EFJ General Secretary Ricardo Gutiérrez called her to convince the Council of Europe member states to take action to protect journalists and media freedom: “We need emergency recovery packages to protect the jobs of journalists and media workers, to support companies and to fund public service media through this crisis. Governments must consider the media sector as a vital one. Journalism can save lives. The media sector needs governments to provide vital support by taking extraordinary measures,” he said. 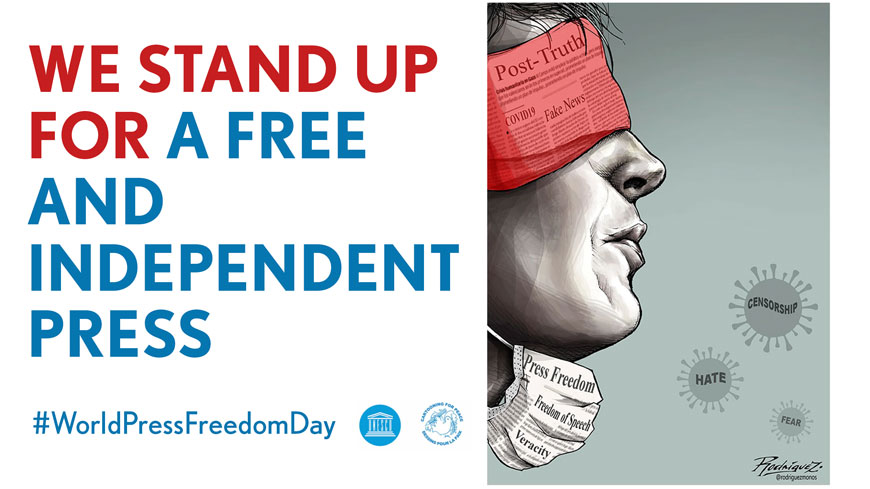