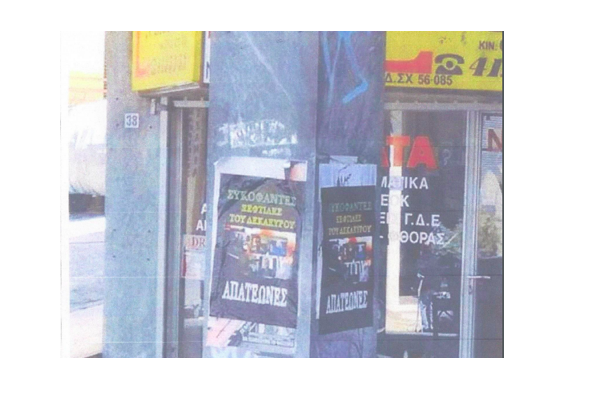 
The European and International Federations of journalists (EFJ/IFJ) strongly condemned the smear campaign taking place in the streets of Athens against four sport journalists and union members.

Around 10 000 posters featuring photos and names of the four journalists were plastered in the early hours of the morning in the streets across Athens on 6 May. Insulting words against the journalists such as “slanderers“, “shameful for 10 euros“, “impostors” were printed on the posters.

“In recent years, the attacks on our colleagues, especially sports editors, have risen sharply. So far they had taken different forms such as threats, insults, beatings and serious injuries. This time it is a smear campaign,” said JUADN in a statement.

The Federations stand in solidarity with the journalists and back their affiliates’ call on the Greek authorities to urgently identify and investigate the persons behind this shameful campaign.